Domino's in hunger games to deliver 'Internet of Food' 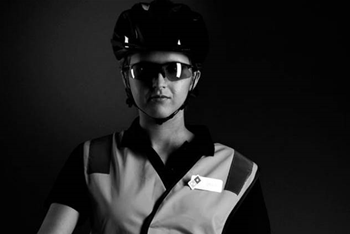 Now, its chief executive Don Meij says he’s out to conquer the ‘Internet of Food’.

In a testament to Australia’s love of convenience food and our uncanny ability to export it, online sales at Dominos Pizza Enterprises surged 19.4 percent for the year, a jump of $269 million and topping out at $1.655 billion.

Online ordering, whether it’s by app, phone or desktop now accounts for 63.9 percent of total group sales, Domino's reckoned in its results revealed on Tuesday.

The secret – and specific details behind Domino's tech are scant in its results – appears to be a strategy that’s tightly coupled ongoing development of its core apps with its proprietary ordering and point of sale systems.

Underpinning the surge, Domino's noted the uptick in orders was the driven by a “whole system now operating on the OneDigital platform” with further significant innovations on the boil.

These, the affordable pizza maker says, include “Pizza Checker, AR Pizza Chef and our next generation iPhone App launching in FY19”.

It’s not the first time Domino's has sought to seize a front-end technology advantage to entice customers not willing to wait.

In 2015 the addition of GPS tracking to show customers deliveries in progress was cited as a cause for rise in annual net profit after tax (NPAT) of around 40 percent to $45.8 million. Full year NPAT for the year ended 1 July 2018 was $136.2 million.

The consistency of the Domino's platform has also given it a springboard into Europe, Japan and a slice of the highly contested US market. The company made a point in its investor presentation that it is sharing technology learnings at a global level.

Domin'os has never been shy of baking in tech, pioneering the use of artificial intelligence to augment humans to better control the consistency of its pizza toppings.

McMahon’s successor at Domino's has been named as Terry Powell, who comes from a stint leading the technology division for Suncorp’s insurance business.

There’s also an existential element in the push for dominance in digital delivery. With quick service rivals like McDonalds jumping onto Uber Eats as both a marketing and delivery vehicle, both Meij and Cowin have levelled broadsides at gig economy food delivery services.

Talking to Dominos' results, Meij said “one of the significant achievements this year was the transition of our Australian employees to the Modern Fast Food Industry Award” – a shift that happened after the workplace umpire tore up its previous industrial instrument.

“Our team members are paid among the highest rates in our industry,” Meij said, adding that thius included penalty rates and mileage – conditions that the Transport Workers Union are pushing to be applied to the bicycle box industry that’s been spawned by online delivery.

That push recently saw Foodora throw in the towel and pull out of Australia, a move unlikely to have phased Domino's management.

For the time being it’s online pizza as far as they eye can see for Don Meij.

“We believe there is significant upside by continuing to capture a significant share of the growing takeaway retail food ordered online, what we call the Internet of Food’, which is worth more than $1.7 billion in Australia alone,” Australia’s delivery boy in chief said.