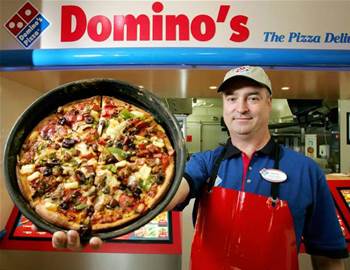 Domino's Pizza has lifted its full-year earnings guidance after experiencing higher than expected first-quarter sales thanks to its new GPS-based driver tracking technology.

The pizza chain said same store sales in Australia and New Zealand grew almost 14 percent in the quarter, and 7.7 percent in Europe.

It attributed the result to its GPS Driver Tracker, technology that allows customers to monitor the location of their pizza delivery from store to door.

In its full-year results in August, Domino's said the project was the "biggest change to pizza delivery in the global brand's 54-year history".

The technology was also singled out as one of the key drivers behind a record 40 percent rise in net profit in fiscal 2015.

The strong Q1 results prompted Domino's to today lift its full-year profit and sales guidance, forecasting a rise of 25 percent on last year, up from the 20 percent it had previously expected.

Analysts are expecting a net profit of $81.2 million, 26 percent higher than FY16.

"We have been extremely busy working on delivering key digital projects to market. Some are significant pieces of technology set to revolutionise the QSR space, others are focused on creating operational efficiencies in the business, but all of them have the end goal to improve the customer's ordering experience," Meij said.

He listed the rollout of smart ovens, iPad multi-tasking technology, and Pizza Mogul as several examples of recent initiatives.

The group will rollout GPS Driver Tracker in the Netherlands in the next three to four months, he said.

The technology first landed in the ACT in May and rolled out across all stores in Australia and New Zealand during July and August.

Domino's has previously pledged to deliver over 40 digital projects, such as SMS ordering, in its current fiscal year.