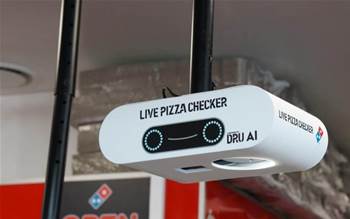 Domino's Pizza Australia is using an artificial intelligence platform within its kitchens for quality control of its pizzas.

The fast food chain has been working with quick service restauraunt (QSR) technology vendor Dragontail Systems since earlier this year.

The partnership has borne from what Domino's is calling the Checked by DRU AI Pizza Checker.

The technology will "solve the number one customer complaint of incorrect toppings and poorly made pizzas", Domino's said.

The system includes a sensor and camera that monitor the preparation and cooking process and proprietary AI technology that checks for the proper distribution of ingredients.

Domino's said the system analyses and reports back in three seconds.

It has signed a 12-month global exclusivity agreement with Dragontail with the intention of rolling the technology out to the other markets it operates in.

The firm's core product is the 'Algo' restaurant management system, which manages the food preparation and delivery process from start to finish.

It has submitted 13 patents for its technology in eight different countries including Australia. Dragontail debuted on the Australian Stock Exchange in December last year.

iTnews has a new report on the adoption of artificial intelligence within Australian enterprises. Download the report here.