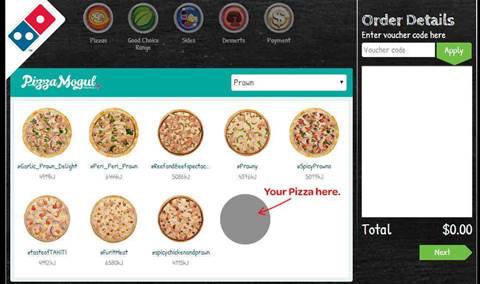 Technology initiatives played a key role in the results, the company said, which were boosted by the launch of the GPS-enabled driver tracker and Pizza Mogul platforms

The GPS driver tracker was trialled initially in the ACT in May and rolled out across all stores in Australia and New Zealand during July and August, allowing customers to track their pizza delivery from the store to their door.

The company called the project - led by CIO Wayne McMahon - the "biggest change to pizza delivery in the global brand's 54-year history".

It has resulted in not only increased sales but also a "huge lift" in net promoter scores, customer feedback, product quality and store margins as well as improved driver safety, productivity and delivery numbers, Domino's said.

The technology is the "linchpin" of the ANZ business, Domino's CEO Don Meij said. The company is planning to bring the GPS driver tracker to its operations in the Netherlands by Christmas, and to Japan, France and Belgium by the end of next year.

But the company had "only just fired up the ovens on what is possible with GPS Driver Tracker," he said.

“The move will see us compete in a new market, taking share from the convenient fast food drive-thru outlets," Meij said.

The year also saw the rollout of a new responsive online ordering platform and four-click ordering and payment tokenisation locally, while costs were driven down by the introduction of electric pushbikes to a number of Domino's delivery drivers.

“These revolutionary projects will also assist us in reaching our record store growth in ANZ in FY16,” Meij said.

Meij also highlighted the Pizza Mogul platform - a digital initiative that allows pizza enthusiasts to create their own custom toppings, share them online and take a cut of any profits for each pizza sold - as a driver behind the record results.

Meij said digital innovation was one of the biggest opportunities for the company and imperative for sales growth.

Domino's has "in excess of 40 exciting digital projects" upcoming in FY2016, it said.

“This includes many that will make the ordering process even faster and easier for our customers with a 15 and 20 minute delivery guarantee and fast favourites which allows customers to order in fewer clicks,” Meij said.

Domino's has attracted over 65,000 pizza creaters to the Mogul platform, with over 202,000 new pizzas invented to date, it said.