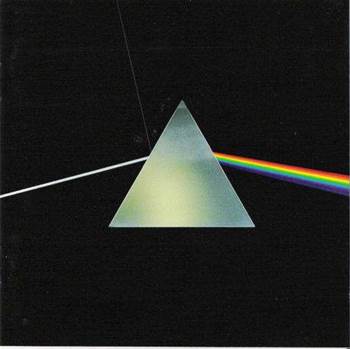 Light made to travel backwards.

Physicists have managed to make light travel backwards at negative speeds which appear faster than the usual speed of light as defined by Einstein.

The experiments are being carried out by physicist Costas Soukoulis and his research group at the US Department of Energy's Ames Laboratory at Iowa State University.

Soukoulis explained that making light travel backwards at speeds apparently in excess of 186,000 miles per second is "like rewriting electromagnetism".

However, Soukoulis acknowledged that scientists involved in efforts to manipulate the direction and speed of light cannot do so with naturally occurring materials.

The endeavour requires exotic, artificially created materials known as 'metamaterials' which can be manipulated to respond to electromagnetic waves in ways that natural materials cannot.

Natural materials refract light, or electromagnetic radiation, to the right of the incident beam at different angles and speeds.

But metamaterials, also called 'left-handed' materials, make it possible to refract light at a negative angle so that it emerges on the left side of the incident beam.

This backward-bending characteristic of metamaterials allows enhanced resolution in optical lenses, which could lead to the development of a flat "super lens".

To date, existing metamaterials operate in the microwave or far infrared regions of the electromagnetic spectrum.

The near infrared region of the spectrum still lies between the microwave and visible regions, and the wavelengths become ever shorter moving along the electromagnetic spectrum to visible light.

However, recent research by Soukoulis and his co-workers from the University of Karlsruhe in Germany, published in the May 12 issue of Science, demonstrates that they have done just that.

"We have fabricated a metamaterial for the first time that has a negative index of refraction at 1.5 micrometres," said Soukoulis. "This is the smallest wavelength obtained so far."

The physicist said that this accounts for the ability of negatively refracted light seemingly to defy Einstein's Theory of Relativity and move backwards faster than the speed of light.

"When we have a metamaterial with a negative index of refraction at 1.5 micrometres that can disperse, or separate, a wave into spectral components with different wavelengths, we can tune our lasers to play a lot of games with light," said Soukoulis.

"We can have a wave packet hit a slab of negative index material, appear on the right-hand side of the material and begin to flow backwards before the original pulse enters the negative index medium.

"In this way, one can argue that that the wave packet travels with velocities much higher than the velocities of light. This is due to the dispersion of the negative index of refraction; there is nothing wrong with Einstein's Theory of Relativity."

Got a news tip for our journalists? Share it with us anonymously here.
Copyright ©v3.co.uk
Tags:
boffinsbylawslightoddwareofphysicsreversingrewrite