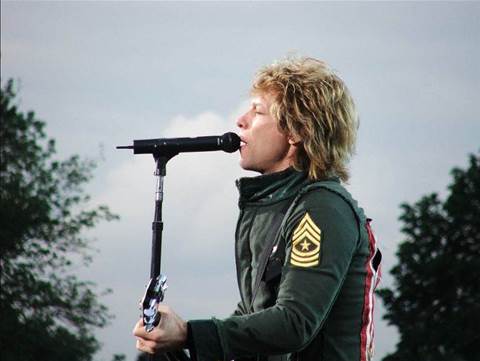 Kids stolen your old Bon Jovi shirt? Your debit card could be next ...

It might look like a small incremental shift, and lack the vacuous buzzwords and hyperbole associated with new fast money, but Australia’s biggest bank-backed money pumps are quietly gearing up for a major counter strike against the flashy, credit-driven fintech industry.

Just like your kids stealing your old flanny or vintage Bon Jovi t-shirt, daggy old debit-driven payments are coming back with a vengeance, as a new generation of tech-savvy merchants hunt for low cost alternatives to Square, Afterpay and PayPal and their limpit-like attachment to credit cards.

On Friday, low cost payments stalwart eftpos followed bank-owned sibling BPAY down the API track, revealing it will soon launch a public sandpit as it prepares to use merchants as the frontline of a long-awaited digital counterstrike.

But the move to hunt for new API use cases, which is being run in conjunction with Stone and Chalk, isn’t something that needs a hipster consumer cred factor (or worse still the horrible Visa paywave cinema ad with a suited corporate skateboarder).

Instead, eftpos is going direct shopkeepers looking to claw back margin by running payments down its low-cost rails that offer fixed transaction fees rather than percentages that come in at an attractive honeymoon or ‘hook’ rate and then are ratcheted up.

Banks might love chunky card interchange fees (which the Reserve Bank is forcing down), but what they like even more is owning transactions top-to-tail, especially when cards are shifting to digital wallets and becoming virtualised.

And in the case of eftpos, that means established access to existing bank accounts – that’s the real killer – and more than three decades of brand trust from consumers and merchants increasingly wary of shiny mobile money baubles marketed at impressionable teenagers.

“This is a great opportunity for eftpos, our members and Fintechs to work together and leverage the reach of the eftpos network that has access to more than 40 million bank accounts across the nation,” eftpos’ chief information officer Ben Tabell said.

“The partnership with Stone & Chalk provides an environment in which we can share ideas and workshop solutions that have the potential to change the way Australian’s pay for the better.”

Or, as consumer literacy advocates would put it, not get ripped-off.

The move by eftpos also comes as retail resentment against buy-now pay-later (BNPL) pushers like after pay continues to fester because of the big clip they extract from merchants.

The Reserve Bank is now sniffing around that sneaky practice in the same way it belted the likes of American Express, Visa and Mastercard by letting store owners surcharge to recover steep card costs.

It’s also understood eftpos is in trials with some merchants to enable least cost routing, or where the shopkeeper sets the payment rails not the card, for online transactions.

In the event Afterpay hits a major regulatory pothole or loses its lustre with 20-somethings, eftpos and Australia’s banks will be there to pick up the pieces, and the business.