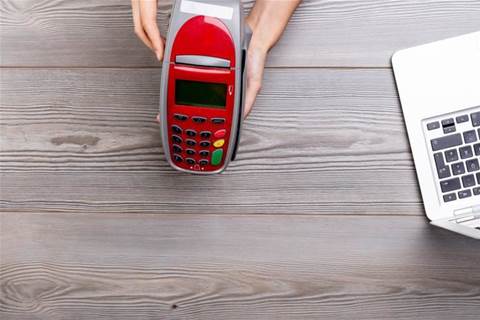 Australia’s already reputationally challenged banking sector is set to cop another caning over poor behaviour and endemic sneaky fee gouging, with four key retail groups moving to publicly shame institutions and card schemes over what they claim are tap-and-go rip-offs.

After a decade of paying steep premiums to accept tap transactions, groups representing grocers, petrol stations, small businesses and high street stores have issued an ultimatum to banks over forced transaction routing, a practice now being effectively banned by the Reserve Bank of Australia.

Dubbed the “Fairer Merchant Fees Alliance”, the formation of the group marks a sharp escalation in ongoing hostilities over how banks and payments providers are increasingly foisting higher costs on businesses now dependent on electronic and online transactions.

The broad membership reach of the group means that banks could soon face a highly damaging counter-top campaign similar to those meted by the pharmacy sector and pubs and clubs over regulatory issues that politicians live in fear of.

The group’s main gripe is that even though the RBA has mandated that merchants must now have a say what networks tap transactions get processed by, banks are dragging out upgrades that would allow merchants to choose to default to cheaper payments providers.

Known as ‘Least Cost Routing’ the issue essentially boils down to a fight between local low cost payments stalwart eftpos, Mastercard and Visa and the banks that issue tap cards.

Mastercard and Visa for years pushed the line that tap-and-go was essentially their proprietary payments technology, a myth that was helped along by banks underinvesting in eftpos because the US schemes offered institutions far more transactional clip through steep interchange fees.

It also didn’t help that eftpos came late to the tap-and-go functionality party, by which stage consumers had defaulted to the more convenient payment method over sticking their card in a terminal, selecting an account and then proving a PIN number.

But with plastic cards rapidly moving to glass and digital wallets, the RBA moved relatively to prevent eftpos becoming domestic legacy roadkill in the same way as Australia lost Bankcard to entrants from overseas, giving merchants a definitive say over which rails tap payments ride on.

The issue the four aggrieved retail groups are pushing is that banks are, in their own self-interest, stalling on switching-on functionality that would them dump Mastercard and Visa’s more expensive rails for eftpos’ cheaper ones.

The new group puts the collective fee sting at hundreds of millions of dollars a year, though the an exact figure is difficult to estimate because banks blend different fees and structures in their deals with merchants to disguise individual cost elements.

Small businesses is particularly ropeable about the lack of progress.

“The fee gouging is harmful to businesses, and the banks should be doing much more to educate their customers, give them options and save money for everyone.”

“With several retailers advising that they are insolvent, and many Australian retailers concerned about reduced profits, dealing with exorbitant fees forced on them by the banks is a problem they should not have to face,” Zimmerman said.

“Australian retail needs the banks to step up, do the right thing for the retail industry, and offer Least Cost Routing to all retailers large and small.”

“The cost of not implementing Least Cost Routing is significant and unnecessary – with the current decline in retail spending, merchants are facing numerous headwinds and don’t need this as well.”

There are also strong signs big retailers are moving to claw back the steep clip US card schemes charge.

In November iTnews revealed grocery behemoth Coles had switched millions of debit payments made on Australian bank-issued cards to run across the Eftpos network to reduce transaction costs.