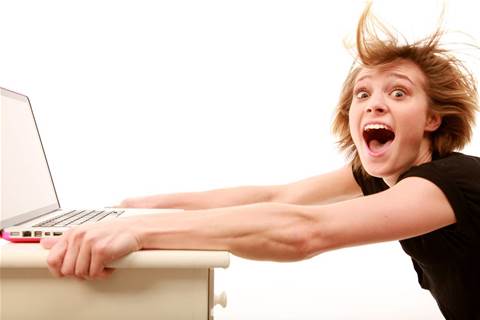 But competitors are starting to circle.

Aussie Broadband is continuing to dominate NBN Co’s highest residential speed tiers with 85 percent of sign-ups to up to gigabit plans and 56 percent of 250 Mbps users.

The recently-listed telco has increased the number of up to 1000/50 Mbps services from 5080 in mid-August to 6218 services by the end of September.

It has also increased the number of active 250/25 Mbps services from 2264 at the end of June to 4099 at the end of September, an 81 percent increase in the space of three months.

These are encouraging growth figures considering that neither construct existed prior to May 29 this year, and they undoubtedly played a part in NBN Co’s recent announcement of $4.5 billion in upgrades to make more of the NBN capable of supporting these speeds.

However, Aussie Broadband is set to face more competition on these tiers, particularly as NBN Co moves ahead with a heavy temporary discount called the ‘Focus on Fast’.

According to the latest release of numbers by the Australian Competition and Consumer Commission (ACCC), Telstra has 54 active up to 1000/50 Mbps services, TPG 116 services, and Optus 114; all previously had zero active users as at June 30.

“Other access seekers” - i.e. those outside the top six, including the likes of Superloop - are also growing their share of the market.

The ACCC’s numbers will soon be much harder to read, however, as they face a six-month skew due to yet another temporary discount being offered by NBN Co.

The ‘Focus on Fast’ essentially prices all plans 100Mbps and above at $56 a month wholesale for six months, starting December 1.

That means many customers may appear on higher speed tiers for six months, but then face a choice of paying full price or dropping down to a lower speed tier.

It also means the ACCC’s numbers will temporarily skew, making it much harder to determine how many users actually want top tier plans - versus those just on them due to a discount offer.

The ‘Focus on Fast’ is also a test of a theory NBN Co has floated over the past year.

As previously reported by iTnews, NBN Co continues to argue that the bandwidth inclusions that come bundled with its biggest plans contain enough headroom to produce a net benefit to a retail service provider (RSP) that signs up many of these users - despite RSP claims to the contrary.

“Higher speed bundle discounts come with more connectivity virtual circuit (CVC) inclusions, which helps deliver improved performance for those customers while also adding to the pool of included CVC capacity that is available for retailers to utilise across their entire customer base,” NBN Co chief customer officer Brad Whitcomb said.

The ACCC noted the increasing numbers of high-tier services but countered that they are still relatively small compared to the overall NBN customer base.

“Recently introduced premium high-speed products (with speeds of 100Mbps and above) have also experienced a jump in popularity,” the ACCC said.

“They still, however, only represent just over two percent of all services.”