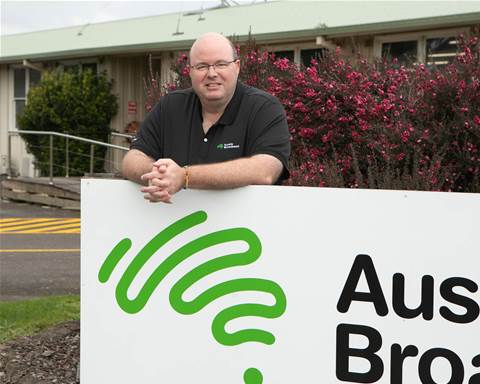 After an oversubscribed $40 million IPO.

The Victorian-based internet service provider made its debut on the ASX under the ticker “ABB” on Friday, more than a week earlier than its planned October 27 commencement.

It has an initial market capitalisation of $190.3 million after offering 40 million shares at $1 apiece under the IPO, managed by stockbroking and advisory firm Shaw and Partners.

A quarter of the IPO was snapped up by its existing customers through a $10 million customer offer.

The company currently has more than 300,000 residential and business customers, with around 100,000 joining in less than six months.

This is predicted to climb to about 368,000 residential customers over this financial year, leading to a pro-forma revenue of $338.10 million.

Announcing the listing, managing director Phillip Britt said the oversubscribed customer offer closed within 75 minutes, with over 9000 customers queuing before the offer opened.

He added that there was no sell down in the IPO by existing institutional shareholders, who remain invested in the company.

“Money raised under the offer will be used to accelerate infrastructure development, acquire new customers and expand its business offering,” Britt said in a statement.

He pointed to the company’s “reputation for providing high-quality internet … and our transparency customer service” as one of the reasons for the strong response from investors.

Other key aspects include its investment in automation such as through the MyAussie app, as well as recently launched self-service platform for business customers, dubbed Carbon.

On LinkedIn, Britt added that the company had come a long way from the 22,000 customers it had when it decided to “get big or get out” just four years ago.

With the IPO behind it, Aussie Broadband said it was now in a “strong position” to continue its $67 million dark fibre network rollout, which began in May 2020.

The network is expected to reduce the company’s “reliance on third-party infrastructure and ultimately deliver meaningful long-term cost savings” when complete in 2022.

“Our own fibre in the ground goes to the heart of our approach to the business,” Britt said.

“It means that we can control quality and improve our customer experience even more, and it means we can start to drive down our backhaul costs.”