ATO extends Leidos' IT support deal once more for $87m 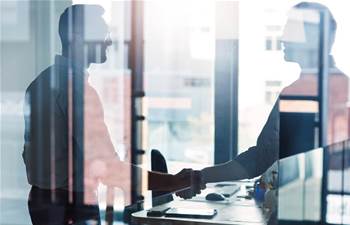 The Australian Taxation Office has extended the support component of its long-running end user computing deal with Leidos by another two-and-a-half years and an extra $87.1 million.

The IT services business that formerly belonged to Lockheed Martin said on Thursday that it had secured a "follow-on contract" with the agency to continue providing enterprise service management centre (ESMC) services.

The contract, which sits alongside the company’s other major ATO contract for end user technology support services (EUTS), covers IT service desk and service management.

Both contracts form part of the ATO’s end user computing bundle – one of three that were signed with suppliers in 2010 and which are now facing a shakeup as part of a new IT sourcing approach.

But with the new extension, the ESMC contract will now expire at 30 November 2021. The contract was also granted another short extension earlier this year worth $8.2 million.

The EUTS contract, however, is still expected to expire at 30 June 2020, despite the ATO extending the deal in June 2018.

The total combined value of both end user computing contracts now sits at $816.7 million over 11 years, of which the ESMC component represents $357.8 million.

Leidos also said on Thursday that the extension would also see it “optimise and transform the [ATO’s] current ITIL processes and implement an enhanced service integration and management (SIAM) model”.

The modernisation program, which will be underpinned by a new IT service management platform, is expected to “better support the delivery of services in the ATO’s multi-vendor environment aligned to a ‘service first’ approach”.

“We are delighted to continue delivering these quality services and supporting the ATO in achieving their strategic objectives.”

Leidos is one of the ATO's main IT suppliers, alongside DXC for centralised processing and Optus for manage network services.

The three outsourced bundles replaced the agency's frequently troubled monolithic IT outsourcing agreement with EDS in 2009.

He said the deals would be re-contested using a phased approach over the next two to three years and would likely become shorter and have a more modular structure.

A large part of this overhaul is the federal government’s tough new stance on procurement that caps IT contract at $100 million or three year’s duration.