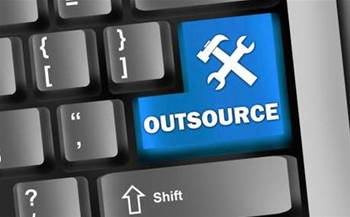 The Australian Taxation Office is preparing for the biggest shakeup of its IT outsourcing deals in a decade, revealing plans for a new approach to IT sourcing.

It comes as the agency moves to finalise a number of vital programs of work in the new year, including the long-awaited replacement of its online portal for tax agents, after rounding off a successful tax time.

Chief information officer Ramez Katf told iTnews the ATO would begin replacing its four major IT contracts – or bundles – from next year, to evolve its approach to IT sourcing and better support its digital priorities.

The agency’s current approach towards sourcing has been in place since it split up its monolithic IT outsourcing agreement with IT services company EDS (now owned by DXC) in 2009.

It was exchanged for a multi-sourcing strategy made up of with four service bundles, three of which were contracted to third parties.

“All of those are coming to an end within the next two or three years, and what we are working through at the moment is the sequencing and timing of when we will re-contest those element,” Katf said.

“What I can say is they’re not going to be the same four.”

A big part of this overhaul is the federal government’s tough new stance on procurement that caps IT contracts at $100 million or three years’ duration.

The change – one of several from the last year’s report from the ICT procurement taskforce – is aimed at improving the ability of SMEs to bid for smaller components of large projects.

Katf said this move to contracts that are “more granular and potentially shorter in duration” would likely see the deals have a “much smaller scope of services”.

But he said this ”wont all happen at once”, with plans to re-contest the contracts using a phased approach over the next two or three years.

“They going to be phased over the next three or four year. So we’ve got very much an evolutionary arrangement in terms of how we’re moving towards that,” Katf said, adding that a combination of open tenders and existing panels would be used.

While Tax is currently working with the Digital Transformation Agency on what the “right sizing” and “right scope of work” will look like for the new contracts, he said the government was moving away from massive outsourcing arrangements.

“I think we've all moved away from the large all-encompassing contracts to be much more nimble and to and get the right skills for the right services,” he said.

“So it is a complete reshape of how we get the services into the organisation.”

However this will require some of the existing bundles to be extended further, while the agency tests the market.

Next steps to delivering seamless digital

The changes to IT sourcing comes as the agency looks to deliver increasingly integrated, secure and flexible services that are driven by natural systems and digital events.

“Our IT systems are a critical element in our mission to build trust and confidence in the tax and super systems,” Katf said.

But he said some of that trust had been eroded since the now infamous storage area network failure hit the agency back in December 2016, which resulted in a “really difficult 2017”.

“We had a lot of work to do to redial, not just our systems, but he overall trust and confidence with a number of our stakeholders,” he said.

But over the last year, Katf said the agency had “dusted ourselves off and gotten to a better landing place”, including volume increases – including a seven percent increase on myTax – across all digital channels in the most recent tax time.

“In our electronic channels, both through a number of transformation changes, but also confidence in the systems, our business volumes have increased sixfold,” he said.

“Our availability has increased ... and more importantly, the time taken us when we’ve found an incident has reduced.”

But Katf was also quick to point out that the agency's journey is far from complete, with a number of important technology priorities in the pipeline.

The first port of call will be finishing the long-awaited replacement of its online portal for tax agents, which has been criticised for being slow and unreliable.

That work will replace tax agent and intermediary portals with the ATO online services platform, but had been expected to be complete this year after a private beta was conducted in December 2017.

However, with the beta program having grown to 200 in April this year to 2000, the full production rollout will now occur in the first quarter of 2019.