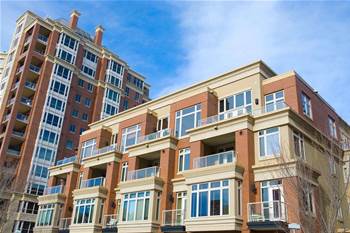 Some connections can't subsidise others, and broadband tax won't fix it.

Vodafone Australia claims high-value NBN connections are in no way profitable enough to cross-subsidise “uncommercial” parts of the rollout, and that a proposed broadband tax won’t address the issue.

The claims are contained in what is billed as a “hypothetical story” [pdf] created by the Centre for International Economics (CIE) at Vodafone’s behest, which traces the roadblocks a new telco operator would encounter setting up shop in regional Australia.

However, the "story" is also bookended with analysis that Vodafone is hoping will convince the government to abandon its latest attempt at introducing a broadband tax to cover part of the future cost of NBN upgrades in regional and remote Australia.

The broadband tax - officially called the regional broadband scheme (RBS) - has a chequered history, languishing before parliament for years, unable to muster the requisite support.

The government is now hoping to get it passed and in place by July 1 this year, coinciding with the nominal completion of the main NBN build.

The tax is ostensibly designed to make a cross-subsidy embedded in NBN Co’s pricing more explicit, as well as sustainable.

In theory, fixed-line users in high-value (mostly metropolitan) areas pay more than it costs to service them, and that in turn funds the construction and maintenance of the NBN in “non commercial” regional and rural areas.

But as iTnews opined back in early 2017, the cross-subsidy is complicated and has never been given a chance to work since NBN Co left high-value areas until last in the build. Customers meant to be cross-subsidising the regional and remote costs have only been able to connect and pay for a limited time.

Further, NBN Co is responsible for paying 95 percent of the tax, with the tax still built into its existing prices, so only five percent of all taxes collected under the scheme will come from telcos other than NBN Co.

Knowing that, it has always been hard to work out what practical effect the broadband tax will have, since it stands to collect so little extra money to put towards the regional build.

“The CIE’s analysis ... finds that NBN Co’s numbers do not show any cross-subsidy between the commercial and non-commercial services - only a subsidy from the taxpayer to both,” Vodafone’s chief strategy officer Dan Lloyd wrote. [pdf]

“On a per premises basis, the CIE calculates that NBN Co’s ‘non-commercial’ services are losing $15 per premises activated per month.

The CIE said in its own report that its conclusions are based on “a very low test of commerciality” for NBN Co’s operational success.

The conclusions, it says, cast doubt on the efficacy of a broadband tax, given the tax would replace a cross-subsidy that already does not work.

Vodafone suggests the government should give up on trying to pass the broadband tax and find other options.

“The RBS is an out of date and inefficient tax on the telecommunications industry and an indirect tax on broadband consumers,” Lloyd said.

"... It is based on the false premise that NBN Co's 'commercial' fixed-line networks are currently cross-subsidising its 'non-commercial' fixed wireless and satellite technologies."

Vodafone argues the government should redirect the $297 million a year currently given to Telstra as universal service obligation (USO) fees to the NBN regional rollout, or alternatively directly fund any future NBN upgrades in regional and remote Australia from the budget.

Vodafone has been critical of the USO's operation for some time - but not everyone agrees that the money is best redirected to future NBN upgrade works.

Optus, for example, said it "remains concerned that some interested parties may try to conflate the RBS and USO into the same policy."

"This should be avoided," it counselled.

"The RBS is not a levy or charge relating to the obligations of providing universal service.

"The RBS is a specific scheme addressing the potential lost revenue from protected metropolitan residential connections due to ‘over-build’ by non-NBN networks and the loss of access service revenues by NBN Co, which would otherwise have been used to cross-subsidise NBN Co’s fixed wireless and satellite networks."

Added 9/1: NBN Co refuted the CIE report's findings and methodology in a statement to iTnews.

"This report only examines the commerciality of NBN services during a period of time in which we are investing heavily in infrastructure and making large subscriber payments which do not continue beyond FY22," an NBN Co spokesperson said.

"NBN Co’s 3.2 per cent IRR [internal rate of return] projection is calculated over the period to 2040, while the loss-making present values figures (revenues of $69.4bn and expenses $87.8bn) calculated by CIE to allege that the provision of all of our services are loss making relate only to the period 2011 to 2020.

"The CIE study fails to consider longer-term commercial forecasts beyond the completion of the volume rollout."