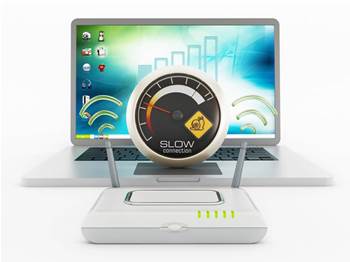 Vocus brands Dodo, iPrimus and Commander will compensate almost 6000 NBN customers for selling them onto plans with unattainable speeds.

The retail service providers are the latest in a growing list of NBN providers to offer compensation for misleading marketing about NBN speeds.

Most of the affected Vocus brand customers were on fibre-to-the-node connections.

The ACCC today said more than 70 percent of 3384 Dodo customers on a 100/40 Mbps plan were unable to reach these speeds, and almost half of those struggled to access 50/20 Mbps.

The 5900 affected customers are being offered a combination of refunds, transfers to lower-cost and speed plans, or contract cancellations without exit fees.

The ACCC said affected customers will be contacted by April 27.

“Dodo, iPrimus and Commander have admitted that by offering speed plans that could not be delivered, they likely breached consumer law by engaging in misleading or deceptive conduct and making false or misleading representations,” ACCC commissioner Sarah Court said in a statement.

Eight ISPs have now admitted they misled customers about the speeds they would be able to receive as a result of the ACCC's crackdown on speed marketing.

iiNet and Internode just this week offered compensation to a combined 11,000 customers over misleading marketing about NBN speeds.

Parent company TPG promised in December to compensate almost 8000 of its own NBN customers, while Telstra and Optus pledged to refund 42,000 and 8700 NBN customers respectively late last year over the issue.