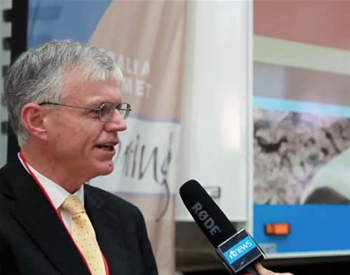 Wadeson has already brought together the ICT infrastructure teams of Centrelink, Medicare etc, and piloted a single consolidated point of contact for all Human Services inquiries during the 2010 Budget announcement.

He has surveyed his 2650 IT staff, all of whom have had a change of role, to determine the impact of the changes.

"What they really want to do is get on with it," he said. "The planning is long and slow. I don't get anyone coming and saying its a bad idea."

Next on Wadeson's agenda is to manage the co-location of Centrelink and Medicare offices from an IT perspective.

"We have to make sure when the offices do co-locate, that everyone can access all the systems they need," he said. "In the background we are planning the real heavy work, the integration."

Centrelink's data centres are some 20+ years old - but for a small portion of its computing needs being hosted at Canberra Data Centre under the Federal Government's interim data centre panel arrangements.

Wadeson said he would shortly make an announcement about "further work under the interim data centre panel arrangements."

He said the use of Canberra Data Centres' facility had been an eye opener.

"There is a quantum leap between Tier III data centres and our 20 year old plus facilities," he said.