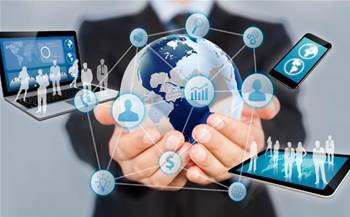 The Victorian government has given Deloitte's digital arm $43 million over three years to build and run the IT environment for its new one-stop shop for digital government transactions.

Victoria pledged $81 million in its state budget last year to fund the creation of the new Service Victoria, which - like its NSW neighbour - will take over delivery of high volume customer-facing transactions like renewing driver licenses and registering births, deaths and marriages.

It will bundle together transactional services currently delivered by different agencies under a single brand.

“We don’t need a thousand different websites and hotlines for things like car registration, birth certificates and fishing licences," special minister of state Gavin Jennings said in a statement at the time.

“Service Victoria is about eliminating the frustrations and delays and lowering the cost to the taxpayer."

The government at the time said more than half of the $81 million budget allocation would be spent on building the agency's technology infrastructure.

iTnews can reveal Service Victoria has now finalised the core components of its technology stack, settling on a Salesforce CRM, Sitecore front-end, and hosting by Amazon Web Services.

It will also implement Experian's tool for address validation.

It has been designed with the help of Deloitte Digital, whose $42.8 million contract will also see the firm take responsibility for running the environment for the next three years, and integrating it with existing state agency systems.

Work is currently underway to integrate the Sitecore front-end with the Department of Transport, Department of Justice, and VicRoads.

The government expects the first lot of transactions on the Service Victoria platform will be live before the end of this year.

Since the neighbouring Service NSW debuted in 2013, that agency has grown to offer 970 different types of government transactions online, and now counts 1.5 million registered users.

Service Victoria will also be one of the eight state government agencies to be housed in the new GovHub office in Ballarat.

The Ballarat GovHub will be joined by similar hubs in Bendigo and La Trobe Valley as part of the government's plan to decentralise Victorian public sector workers from the Melbourne CBD. It will see 750 public sector positions moved from Melbourne to regional Victoria.