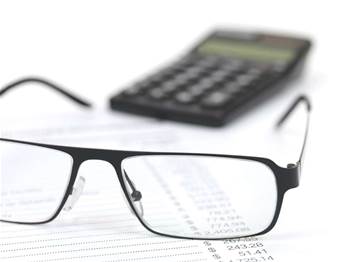 Victoria’s state government has funded a handful of new IT projects as part of a 2016-17 budget focused on big-ticket physical infrastructure builds.

The Andrews Labor government has touted itself as an administration that is “getting it done”, with big outlays on roads, rail and rollingstock announced today.

Its tech investments, however, are somewhat more modest.

Victoria has committed to follow in the footsteps of its northern neighbour - and borrow its naming conventions - to fund Service Victoria.

The new body, similarly to Service NSW, will take over delivery of high volume customer-facing transactions like renewing drivers’ licenses and registering births, deaths and marriages.

The state government has stumped up an initial $81 million, some of which will fund new systems and digital platforms to streamline the customer experience.

“We don’t need a thousand different websites and hotlines for things like car registration, birth certificates and fishing licences," Special Minister of State Gavin Jennings said in a statement.

“Service Victoria is about eliminating the frustrations and delays and lowering the cost to the taxpayer."

The headline IT outlay, announced earlier this week, is $29.5 million for real-time prescription monitoring to halt ‘doctor shopping’ by patients trying to abuse dangerous medications.

The government has also set aside $10 million for a clinical service technology refresh fund that will be spent on upgrading software and hardware in the state’s hospitals. Another $5 million will help plan for the implementation of electronic medical records across the Parkville health precinct, which is home to Melbourne Health and the Peter McCallum Cancer Centre.

Property and land information authority Land Victoria will be able to update its titling and search systems with newer and more reliable technology thanks to a $27.4 million injection until 2025. The money will also pay for the digitisation of existing paper property records.

Victoria Police will dip into a $596 million public safety package to buy an unspecified number of body-worn video cameras and mobile devices for its officers.

Another $1 million has been set aside to begin planning for a new integrated court case management system linking the Children’s, Magistrates’ and County Courts in Victoria.

The Commissioner for Privacy and Data Protection will receive a $400,000 top-up in the current year to fund the development of Victorian protective data security standards and an assurance framework to assess compliance with the standards