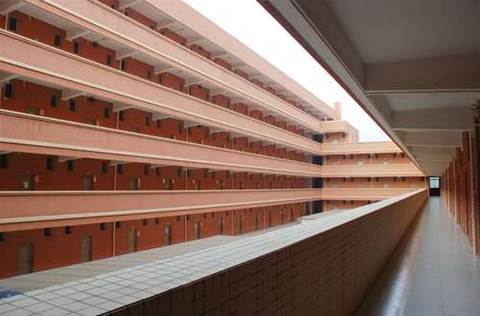 The University of NSW will decommission its secondary data centre and move the kit into a new data centre in July after the University's executives opted to bulldoze the old building to make way for 1,000 beds of student accommodation.

The new data centre, located on the Randwick campus, will come online on July 5, 2010 and become the University's 'primary' facility.

Its current primary facility, located in the library building on its main Kensington campus, will transition to 'secondary' status in the following months.

However, both will operate in an active-active configuration, rather than in the old primary-secondary manner, according to UNSW delivery services manager Charles Nolan.

Nolan said the data centre project came about because the University was running out of space. It also needed to resolve pressure to boast "an environmentally-friendly data centre" and support a major shared services project across the University.

"We were running out of space, and it wasn't helping that the University decided to knock over the secondary data centre to build 1,000 beds of accommodation," he said.

"It forced the issue on us, so to speak."

The new 'primary' centre is modeled in part on the self-contained pod design used by Canberra Data Centres (CDC), a company which provided consultancy services to UNSW to aid the project.

The pods are based on APC InfraStruXure technology, which allows in-row cooling to cope with densities Nolan said are in excess of 20 kW per rack.

"We're cooling the rack, not the room," Nolan said.

Nolan said that the university still faced IT and business issues - even with new infrastructure in place - albeit they were now largely in the "virtual" sphere.

"The difference is that now we're not trying to resolve all the problems in 2010 using 1980s architecture. We're now trying to solve 2010 problems and prepare for 2020 problems with 2010 architecture," Nolan said.