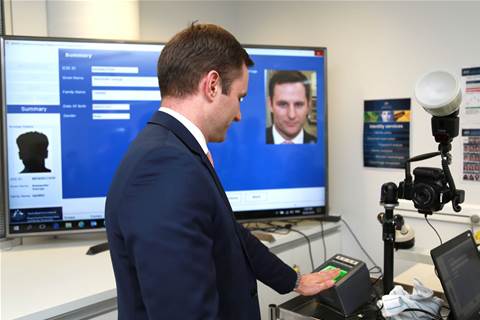 The Department of Home Affairs has selected IT provider Unisys to develop a new system that will match travellers and migrants, including visa and citizenship applicants, against biometric watch lists.

The $44.2 million deal will see Unisys replace the department’s existing Unisys biometric matching system, which has been in place for the last 12 years, with a new enterprise biometric identification services (EBIS) system.

Just over $95 million was allocated in last year’s federal budget for new technologies for “high volume” matching, storing, analysis, and sharing of biometrics like facial images and fingerprints.

Home Affairs will use the system to "identify people of security, law enforcement or immigration interest, while simultaneously facilitating the processing of legitimate travellers”, a Unisys statement reads.

The system will match facial images and fingerprints of "people wishing to travel to Australia, including visa and citizenship applications, against biometric watch lists", alerting Border Force officers when intervention is required.

EBIS is based on Unisys’ Stealth identity platform, which the vendor says has been “designed for high-volume (more than 100,000 transactions daily) and large-scale (more than 100 million records) operations across multiple devices”.

The new system will also ingest data from Stealth to “support and run simulations”, and use a biometric matching engine from Idemia (formerly Morpho).

Unisys teamed up with Data61 in March last year to build a new data analytics solution capable of providing automated security risk assessments of travellers and cargo at borders. It is also behind Home Affair’s new border clearance platform.

“The EBIS system will significantly increase our biometric collection and storage capability, giving us an even stronger platform to identify and protect Australia from individuals who might wish to do us harm,” he said in a statement.

“It will also help us to identify and facilitate a more seamless travel experience for people who present no risk."

Unisys Asia Pacific vice president and managing director Tony Windever said the EBIS was designed to growth in border clearances, including visa and citizenship applications, for the next ten years.

"This places pressure on border clearance staff to verify the identity of travellers and confirm they are who they say they are more quickly and more accurately to prevent delays, avoid queues and improve the experience for travellers arriving in and departing from Australia."