Big bucks for Immigration to build biometric and risk systems 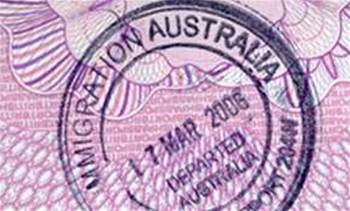 Budget 2017: To detect risky travellers before they arrive.

The Immigration department has scored $95.4 million from the federal budget to improve its storage and processing of biometric data and introduce new technologies for processing traveller visas.

Budget papers reveal $59.9 million over four years will be given to the agency to introduce new technologies for “high volume” matching, storing, analysis, and sharing of biometrics like facial images and fingerprints.

The effort will kick off from July 1 this year.

“This improved capability will allow more efficient detection of individuals of a security, law enforcement, or immigration interest while simultaneously speeding up the flow of legitimate travellers,” Immigration minister Peter Dutton said in a statement.

The provider building Immigration’s new border clearance platform, Unisys, in March announced it had teamed up with Data61 to build new technology that can identify risks at borders.

The pair are researching a data analytics solutions that will provide automated security risk assessment of travellers and cargo at air, land, and sea borders. There is no current deal for the resulting technology to be introduced at Immigration.

A further $35 million of the total funding amount announced in the Budget will go towards new technologies that can “better manage risk, increase efficiency in processing and improve the visa applicant experience”, the government said.

It will also partly go towards IT improvements that “support the potential for expanded service delivery by market-based providers,” budget papers state.

The federal government introduced laws into parliament late last year that would allow travellers to enter and leave Australia without needing to present a passport, with facial biometrics used instead.

The funding adds to the $99.2 million Immigration was given in last year’s federal budget to build a visa risk assessment capability that can identify potential concerns when individuals apply for a visa, and before they land in Australia.

Immigration will also move the client enquiry services function that is currently delivered offshore to a local outsourced provider while it is hunting for new visa processing tech, the government said today. It said this was an interim measure.

But it indicated that more of Immigration’s visa processing IT could be handed off to the private sector.

The overall investment is intended to help Immigration better detect “individuals who may present a risk to community safety”.