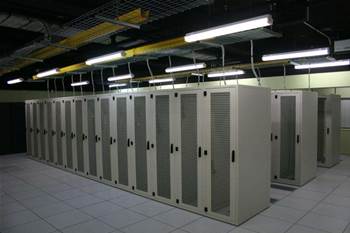 TransACT has unveiled a fibre exchange facility that will provide connectivity of up to 100 Mbps to 16,000 premises in new housing estates in Canberra.

Essentially, a FTTP (fibre to the premise) gateway is to fibre connectivity what a telephone exchange is to copper telephony services - a small facility that distributes connectivity to homes and feeds back into the core network.

TransACT has built its first fibre gateway close to greenfield housing estates in the Canberra suburbs of Crace, Franklin, Bonner and the Flemington Road corridor, and negotiated exclusive deals with multiple housing developers in these estates to provide voice, data, IPTV and RF (for free to air television) services to residents.

Some 500 homes are already connected to the FTTP gateway and TransACT expects to connect close to 16,000 once the housing estates are complete.

Prior to building gateways, TransACT provided fibre-to-the-home services directly from its headend in Dixon, ACT to the homes of subscribers.

Under TransACT's gateway model, the company instead runs a cable packed with 96 fibres from its headend in Dixon to the fibre gateway exchange, from where it provides service to surrounding neighbourhoods.

"To our knowledge, this is the first dedicated fibre gateway serving multiple neighbourhoods," Ivan Slavich, CEO at TransACT told iTnews.

"This model could be replicated throughout the whole country."

"This is the fastest broadband in the country," Slavich said. "This is carrier-grade connectivity, using Alcatel Lucent equipment and Corning fibre, rolled out by a company with ten years experience in broadband."

Slavich said that while customers will be connected at 100 Mbps, he concedes that there "might be contention issues" when customers connect to the network via their internet service provider which results in lower speeds.

"It depends on how much bandwidth [the ISP has] purchased, the sites being accessed, etc," he said.

"We've provided a six lane highway to ISPs and customers, but some ISPs may only be capable of providing two lanes of service."

Slavich told iTnews that TransACT has signed exclusive deals with "multiple developers" to provide fibre connectivity to these Greenfield estates.

"There is no Telstra copper, just us," he said.

The new housing estates are also bound by a "covenant" that prohibits households from erecting antennas to gain access to free to air TV, reflecting that TransACT has provided connectivity to such services over the fibre. Slavich said antennas are an unsightly alternative.

TransACT thus has an effective monopoly on both fixed-line telephony and free-to-air television services in the estates.

But Slavich insisted that the company offers an "open access" model when it comes to both voice and data.

"The voice, IPTV and RF is today provided by TransACT, but the customer can pick whichever ISP they wish," he said, pointing out that over ten ISPs - including iiNet and Grapevine (50 percent owned by TransACT) are able to provide services over the fibre.

Slavich said that other voice providers are welcome to provide services over TransACT fibre just as ISP's provide data services.

"If a Telstra or Optus wanted to get access to these areas, we would be more than happy to take it there for them. But Telstra and Optus are both concerned about cannibalising the areas they already serve with their existing network."

Slavich said that neither Telstra nor Optus has shown interest in providing voice services to the 500 homes and businesses connected to date.

"It's too small for the big players, but they might get interested once 16,000 homes are connected," he said.