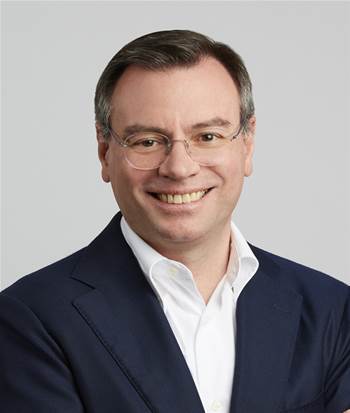 TPG Telecom has flagged further simplification of its IT architecture, with the potential to reduce the size of its application estate by another 200, and to run more workloads in the cloud.

The telco started out with 800-plus applications when TPG and Vodafone merged, and its ambition at the time was to potentially "reduce the applications by a good 60 percent or 70 percent."

At an investor day held late last week, CTO Giovanni Chiarelli - who was brought in under a restructure of TPG Telecom at the end of last year - provided updated guidance on the ongoing IT simplification effort post-merger.

Chiarelli said the technology team still had 600-plus systems as of the end of 2021, and that he saw "potential" to simplify that to "less than 400 in the range of three years".

"This will be done through the implementation of a new digital stack based on best-in-class technologies," he said.

Similarly, he indicated that TPG Telecom intends to migrate about 60 percent of its workloads into public cloud; it had moved 15 percent of workloads by the end of 2021.

"At the same time we'll still rely on a strong foundation of 'technology centres', with the full integration of data centres and switching centres, coming from IT and the different domains of the network, where again we are going through a simplification and consolidation, in order to achieve better efficiency and effectiveness," Chiarelli said.

In a slide deck, TPG Telecom stated that it could consolidate from 42 'technology centres' at the end of 2021 down to 30.

While TPG didn’t break out IT savings in its investor day presentations, it did highlight expected savings from “synergies and restructuring” of between $125 million and $150 million.

A major part of accomplishing that has been to restructure the tech function within TPG, so that there is now a single IT vertical company-wide.

All TPG Telecom-owned "brands and segments" will be consolidated to run on a single contact centre platform by early 2023.

The telco has decided to expand its use of the Genesys Multicloud CX platform, currently used by Vodafone, to its TPG and iiNet brands as well.

Ana Bordeianu, group executive for customer operations and shared services, explained some of the benefits of this simplification.

She explained this "lacks flexibility", for example because trying to implement self-service across different contact centre technologies means three builds.

Bordeianu said with multiple contact centre technologies, other opportunities face the same challenges, whether it’s implementing customer callbacks, or managing inbound and outbound interactions to get the most out of cross-selling opportunities.

When the Genesys cloud rollout is complete, she said, TPG will have “a platform that has state-of-the-art capabilities, to help us drive a better customer experiemce across all brands and … across all segments.”

Another key simplification, Bordeianu said, is TPG’s adoption of Braintree as its payments platform.

“Currently we have four different payment gateways,” she said.

This means the company has to manage multiple different processes, “which brings a lot of complexity [and] duplication of resources.”

It also inhibits adoption of new sales approaches such as buy now, pay later, she said.