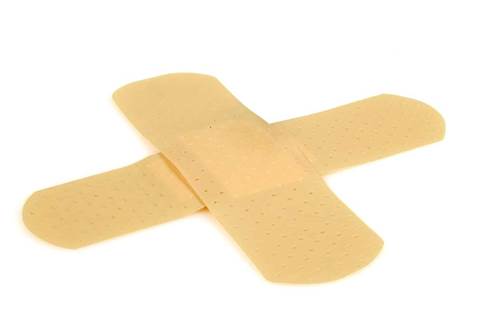 Even NBN Co is worried about mobile competitors.

TPG has launched a withering attack on NBN Co’s “already broken” business model, warning it will continue to be eroded despite government attempts to patch it up with new laws.

After finally introducing a package of new telecommunications laws to parliament – including the controversial broadband tax - late last week, the Department of Communications was forced to reveal details of those who object to the bills.

TPG’s bid to compete with NBN Co for high-value fibre-to-the-basement (FTTB) services is a key reason the broadband tax exists.

The tax will add $7.10 a month to the cost of services, making TPG less able to undercut NBN fixed-line prices. TPG will also have to structurally or functionally separate.

TPG pulled no punches in its response to the government.

“The bills will not protect the NBN business case,” the telco said.

“The NBN business case is already broken and will continue to be broken by parties with the power to do it.”

Parties with this power, according to TPG, include Telstra and Optus, apparently omitting the threat of its own forthcoming $2 billion LTE network, which is backed by significant spectral assets.

“Wireless superfast broadband is a current reality and will only improve,” TPG said.

“It does not seem sensible to throw regulatory hurdles in the path of fixed line competitors to protect the NBN (such as those proposed in these bills), but leave open the path for wireless competitors to attack.

“Unless all parties are liberated from artificially created restrictions on competition, wireless providers with huge stockpiles of spectrum will beat the NBN on price and the benefits of mobility.

“Consumers will not pay the higher prices required to meet an NBN business case that is flawed.”

The government’s dogged insistence that the broadband tax only be paid by fixed-line users is something even NBN Co did not support.

NBN Co asked the government to make the broadband tax applicable as well to fixed wireless operators, outlining clear fears that its business model faces a fresh round of industry competition.

“NBN Co strongly believes that fixed wireless network operators should be included in the levy [the broadband tax],” it said.

“New entrants are building their business models around the assumption that fixed wireless networks do, and will, compete with NBN going forward.

“For instance, Spirit Telecom offers high speed residential services using fixed wireless technologies in competition with fixed line operators; and Superloop has signalled its intention to acquire BigAir to scale up to a gigabit wireless end-user service that would bypass the NBN network.”

But NBN Co was concerned enough about them though to ask that a “statutory requirement for the Minister [of Communications] to cause a review of this issue” be inserted into the proposed laws.

It got its wish; a review will occur within four years of the laws being enacted.

The concerns echo criticism by other industry players such as entrepreneur Bevan Slattery, who has called the NBN model a  "stupid policy" that would be at least part cannibalised by mobile.

TPG reserved much of its anger about the telecommunications bills for the government, criticising the proposed laws as an attempt to reduce competition against NBN Co.

More broadly, it launched a stinging attack on the government’s bid to inject further regulations into the telecommunications market.

“These bills [are] evidence that the re‐regulation of the telecommunications industry is in full swing.”

The telco was highly critical of the retroactive nature of the bills, netting investments that had “been lawfully made by private investors” and punishing them for trying to compete with NBN Co.

TPG had wanted the tax to only apply to new customers.

“The tax should not apply to existing customers of a carrier who have been supplied services under existing law and should only be for new customers,” it said.

“Ultimately, the tax will need to be passed on to consumers so as to increase the effective tax that they are being asked to pay. Taxes should never operate with retrospectively (sic).”

TPG – and in fact all carriers to be subject to the new tax – did win a partial reprieve. Amendments published after the bills were introduced show a “concession” has been added, where the first 25,000 connections on all networks are tax-exempt for the first five years.

That will save TPG and all other carriers that have to bear the broadband tax some money in the short- to mid-term.

The bills are yet to be properly debated nor passed by the parliament.