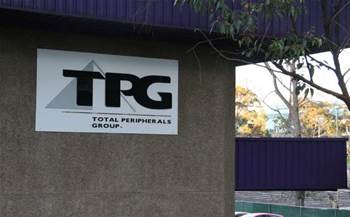 Amid deep distrust over how telco operates.

TPG will be compelled to reveal the extent of its fibre-to-the-basement (FTTB) network and “clarify” its business model under revised rules that take effect next year.

The federal government's quiet renewal of carrier license conditions (CLCs) on December 2 by 18 months will allow it to impose new “transparency” rules on telcos that extend pre-2011 “superfast” networks to compete with the NBN.

The move constitutes a direct attack on TPG in its attempts to compete with NBN Co, and invites fresh scrutiny over the operating model the telco has come up with for its FTTB network.

In October the Department of Communications revealed [pdf] it wanted to “clarify how carriers who are subject to the CLCs, but have adopted wholesale-only models, are operating”, claiming there had “been calls for the level of compliance to be made clearer”.

TPG unsuccessfully sought to have the license conditions - which were designed as an interim measure until the government could permanently amend the Telecommunications Act - killed off entirely before they could be extended.

They were due to run out at the end of this year.

TPG began deploying its FTTB network in 2013 using an exemption to the anti cherry-picking rules that were brought in to protect NBN Co's business model.

The exemption allowed those with superfast networks built before January 2011 to extend them by less than a kilometre.

However, TPG’s extensive FTTB plans under the exemption forced the government to draw up a license condition in 2014 to try to prevent metropolitan customers from being locked into TPG services before the NBN arrived.

Telcos subject to the CLC were forced to functionally separate their wholesale and retail operations, and open their networks to other access seekers.

TPG structurally separated its FTTB business, but did so ahead of time to avoid being formally required to sign up to the CLC, the Department of Communications revealed in October. The telco remains subject to the condition's rules.

Part of the CLC – around open access – was superseded by an ACCC declaration for a superfast broadband access service (SBAS) that was introduced in July this year.

The government now wants to shift the remaining elements of the CLC, the separation requirements, into the Telecommunications Act by July 2017.

Until it can get its plans through parliament, the government has amended the CLC to run through to mid-2018, a spokesperson for Communications Minister Mitch Fifield confirmed to iTnews.

Telstra, Optus and NBN Co all backed the extension of the CLC by 18 months.

However, the three carriers also backed a proposal by the Department of Communications to widen the scope of the CLC to demand proof of compliance from TPG and others.

The amended CLC now contains new clauses designed to work out how TPG’s FTTB business model actually functions, as well as the full extent of the rollout – both serviceable and in planning.

NBN Co has an obvious interest in understanding exactly how its commercial rivals compete and where they plan to deploy infrastructure. It has already developed a specific program to pursue the same metropolitan customers that TPG is targeting, in a move reminiscent of the Telstra-Optus HFC rollout battle of the 1990s.

Optus’ interest seems to be around scoping whether TPG’s FTTB network is worth trying to seek access to. While carriers may be subjected to open access rules, access seekers routinely don’t call on the provisions where the addressable market is too small to warrant the effort.

Optus suggested that TPG and others should “be required to report the total number of services capable of being served by the designated network".

“This will assist access seekers to better understand the wholesale opportunity provided by each designated network since it will give visibility of the full footprint of that network and not just the number of active services,” it said.

The Communications department agreed, and will require TPG – and three others netted by the CLC - to supply the ACCC with a signed statement by “two or more” directors detailing the way their superfast services operate.

The first statement is expected within 30 days of the amended CLC, and the reporting period then drops back to every six months.