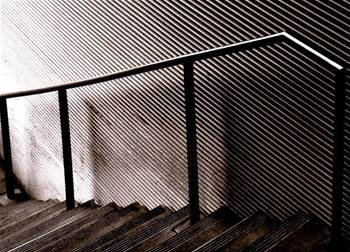 Asks for competitive constraints to be lifted.

TPG Telecom wants to see the era of NBN protectionism end, allowing it - and others - to provide a greater degree of infrastructure-based competition in NBN fixed-line areas once more.

The company started deploying a fibre-to-the-basement (FTTB) network in 2013 using an exemption to anti cherry-picking rules that were brought in to protect NBN Co's business model.

Anti cherry-picking rules were designed to stop carriers other than NBN Co rolling out 'superfast' networks in high-income, low-cost and high-density areas - and then undercutting NBN Co's prices.

The exemption allowed superfast networks built before January 2011 to build extensions of less than a kilometre.

TPG intended to use this exemption to serve up to half a million premises with a rival FTTB network, which it could build before NBN Co had a chance to deploy infrastructure to the same premises (NBN Co built to regional areas first, leaving city areas until last).

But TPG’s plans were thrown into disarray by a licence condition imposed by the government that required it to functionally separate and open its network to other access seekers.

The licence condition was later split and partially incorporated into a piece of regulation called the superfast broadband access service (SBAS).

TPG stopped selling FTTB services and eventually scaled back build plans as it faced layers of new rules - including the SBAS and the broadband tax - that, combined, made FTTB services less attractive compared to NBN pricing.

But the SBAS - and a similar (older) declaration called the local bitstream access service or LBAS - is now up for review. The SBAS is due to expire July 28 next year; the LBAS has no expiry.

With the NBN now largely rolled out, TPG argues NBN Co no longer needs to be as heavily protected from fixed-line competition.

“The declarations were part of a misguided government policy to insulate the NBN from competition by increasing the costs of potential NBN competitors, thereby impeding competition in those geographic areas where the NBN was exposed to potential competition,” TPG said in a submission. [pdf]

“Now that the NBN rollout is nearing completion, TPG considers that the practical benefit of the LBAS and SBAS declarations to consumers is minimal.

“However, the compliance burden imposed on companies such as TPG should not be under-estimated and the economic cost of continuing to artificially insulate NBN Co from competition is high.

“Rather, the opposite is true. Each of these matters would be promoted if the declarations were removed and NBN competitors were deregulated to enable them to better compete with the NBN.”

TPG said that the “economic cost of continuing to artificially insulate NBN Co from competition is high”.

It appears to make some form of calculation here though this is claimed to be commercial in-confidence in the submission.

NBN Co’s pricing has been under considerable scrutiny over the past couple of years, particularly as cellular services come down in price and start to come bundled with data quotas once only seen in fixed-line footprints.

Even the government has previously suggested that relying on NBN Co alone to deliver fixed-line improvements over the next decade may not guarantee Australia’s future.

The clear message was that infrastructure-based competition may need to be encouraged once more; however, with recent investments in the NBN unveiled, it’s unclear whether this is still the government’s policy position or not, which may go some way to determining if TPG and its FTTB network is to be given a pass to compete.