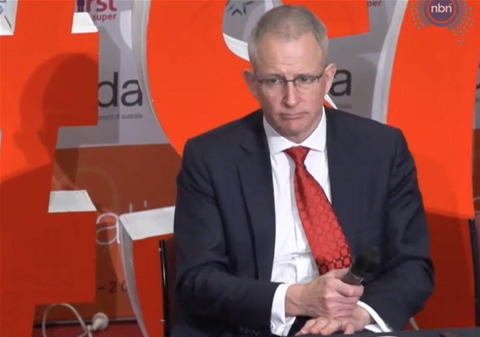 To drive fixed-line tech forward over the next decade.

Communications Minister Paul Fletcher says NBN Co may need some competition over the next decade to reduce the risk of Australia’s fixed-line network falling behind.

Speaking at a Committee for Economic Development of Australia (CEDA) conference in Canberra yesterday, Fletcher suggested that relying on NBN Co alone to deliver fixed-line improvements over the next decade may not guarantee Australia’s future.

Instead, he raised the prospect of reintroducing infrastructure-based competition to Australia’s fixed-line market.

“Labor went off in a different direction with the NBN where they deprioritised competition and assumed that a government-owned network can solve every problem,” Fletcher said in a Q&A following his formal speech.

“We are going to need to rely on and boost competition to make sure that our fixed networks continue to upgrade and stay in tune with world developments.”

Both industry and regulators have expressed concerns over the past year at the prospect of NBN Co being sold off with the same - or higher - competition protections.

“Privatisation of the NBN will provide a unique opportunity to put in place a market structure with the potential to deliver effective infrastructure-based competition,” the Australian Competition and Consumer Commission said last year.

Both new and existing fixed-line network operators face barriers to deploying networks that might compete with the NBN.

The government is still trying to pass an additional measure that would tax the lines of NBN competitors, making it much harder for those operators to compete.

iTnews has asked Fletcher’s office for clarification around why the tax would be pushed forward if the long-term policy position is to increase - rather than stunt the growth of - NBN competitors.

At the CEDA event, Fletcher talked up the mobile sector as an example of what could happen when there was appropriate infrastructure-based competition in a telecommunications market.

“In the mobile sector in Australia, we've got vigorous competition,” he said.

“As a result, over the last 25 years, we've gone from analogue AMPS [Advanced Mobile Phone Service] to GSM or 2G to 3G to 4G, and now to 5G.

“All of that has been the product of the investment of private capital by the owners of those businesses, and competition between them has meant that we're getting those innovations quickly.

“We're amongst a handful of nations that have been in the lead in terms of starting to install 5G networks and that is a good thing.

“So competition is important and that's true in mobile.

“The most important thing in my view is to have competitive markets.”