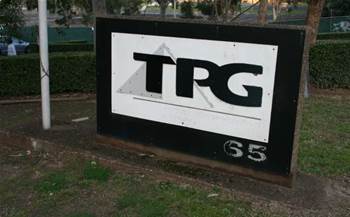 TPG has revealed its fibre-to-the-basement (FTTB) network in metropolitan areas now covers 115,000 apartments, but its original target of reaching half a million premises may never be realised.

General counsel Tony Moffatt told a senate inquiry last night that there were now “no projections” for how many premises the FTTB network would ultimately cover.

Moffatt suggested that the future of the remaining build was being reviewed in light of government plans to tax TPG’s FTTB footprint and severely limit any future expansion of that network.

Those plans are contained in a package of laws currently being considered by the senate.

“If asked the question what will the passage of this bill do for us, it will cause us to relook at our business case and we will take a view about what is the best way to deploy our capital to obtain a return for our investors,” Moffatt said.

“That may or may not include continuing to supply FTTB services on a building out basis.”

It’s the first time such a figure has been given; TPG has previously only indicated how many apartment blocks are covered.

But the disclosure was accompanied by an admission that the company is – or has been – reviewing just how much further to pursue its FTTB ambitions.

Moffatt said there were now “no projections” for the number of premises to be covered.

“I imagine it would very much depend on the outcomes of these proceedings and the difficulties that we’re faced with,” he said.

“We don’t have a target at the moment.”

Moffatt argued that TPG’s FTTB network should never have been a surprise to the government, given it was technically allowable under Parts 7 and 8 of the Telecommunications Act, which made up to 1km extensions of existing networks permissible.

“The regulations that were in place at the times of those [FTTB] investments originally contemplated that competitors should be permitted to extend their networks on a limited basis,” he said.

“TPG was doing nothing unusual, unexpected or illegal when it built its FTTB network, and in the ordinary course we’d have expected that politicians and regulators would have been cheering us on as we built out our network to offer consumers a choice.

“But in fact what we’ve had is various measures taken to slow us down, if not stop us altogether.”

Moffatt reiterated calls by TPG to reconsider the introduction of the broadband tax.

“This targeted tax is not solving any problems and is only serving to damage competition,” he said.

“The government should take another look at the NBN business case and ask itself whether or not the solution that’s being attempted to be achieved by the tax is in fact worth squashing the natural drive for private infrastructure investment.”

If TPG scraps future deployment of FTTB, it may be able to take advantage of mobile technologies in its bid to have NBN-like services of its own.

The telco is investing heavily in a new mobile network. Mobile and wireless services are exempt from paying the broadband tax.