The NSW govt's answer to Uber 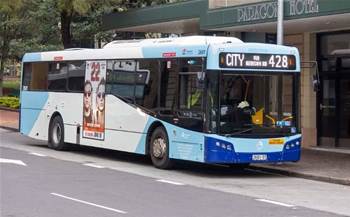 Several on-demand public transport trials have sprung up across Sydney in recent weeks, as the NSW government looks to tap into the popular ride-sharing market.

“Imagine a NSW where you don’t need to check the timetable because the right numbers of trains, buses or ferries arrive when and where they need to,” he said at the time.

Transport for NSW went looking for flexible alternatives to public transport services that didn't adhere to static timetabling, and could respond to changes in passenger numbers and other circumstances as they emerged.

The trials kicked off last month in the Northern Beaches to coincide with the introduction of new B-Line bus services, with more trials to follow in January next year.

A total of eight standalone trials of on-demand public transport services are planned across Sydney.

The trials allow customers to book a vehicle at whim, have it collect them from either their home or a convenient pick up location, and transport them to a public transport hub or city landmark.

A number of providers are currently operating the trial services, including Transdev and Keolis Downer, with the department planning to use the data to map out future public transport improvements.

While Transdev Link and Ride-Plus– both operated by Transdev – have a standalone app, the remainder of the trial services currently rely on bookings through dedicated websites or over the phone for their services.

A spokesperson from the department told iTnews that each booking service had been tailored to the pilot, but wouldn’t indicate if there were future plans to develop a central government application for on-demand public transport bookings.

“Transport for NSW is focused on delivering integrated and efficient transport systems that are adaptable and innovative for the future of NSW and the recent commencement of the on-demand public transport trial is a key enabler for more innovative service delivery models,” the spokesperson said.

“Transport for NSW will continue to monitor all pilots within the on-demand trial with lessons from the pilots informing future decisions.”

The spokesperson also said Opal cards could not yet be used for on-demand journeys, but declined to reveal whether there were plans to use the payment method.

This is despite Constance indicating the smartcard could one day be used for other purposes such as paying for tolls, taxis or Ubers, along the lines of Hong Kong’s Octopus card.

Uber has been Sydney’s go-to ride sharing service since entering the market in October 2012 and, like traditional taxis, is often used to fill gaps [pdf] in the existing public transport network.

But patronage has only really started to climb more recently, with the number of Australians using the ride sharing service doubling between April 2016 and April 2017.

Since then the NSW government has looked to embrace the ride sharing provider, and point-to-point transport more generally, by regulating its presence.

It has even looked to Uber to operate services between homes and public transport hubs in areas of limited infrastructure – much the same as what the on-demand trials aim to achieve.

The government is also planning to trial on-demand public transport services in rural and regional areas before the end of 2018, in addition to autonomous vehicles.

It comes as more ride sharing providers prepare to enter the Australian market, including the recent arrival of Estonian company Taxify in Sydney. Lyft has also indicated plans to launch in the near future.