Pay for your Uber with an Opal card? 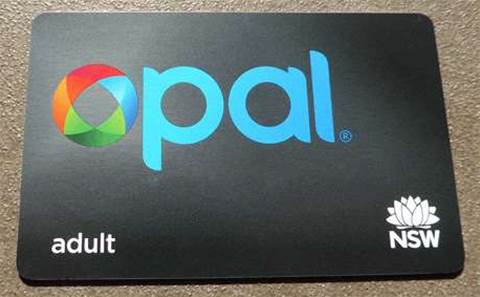 NSW transport minister Andrew Constance is looking forward to the day when the state government-issued Opal smartcard can be used to pay for everything from taxis to Ubers, lattes to road tolls.

At Salesforce’s Sydney offices on Friday, Constance told iTnews he has been studying what Hong Kong does with its Octopus card with a lot of interest, and hopes NSW can follow down the same path.

The pioneering city has used what started out as a public transport e-ticket since 1997, and in the years since has grown to become a ubiquitous payment method for food, consumer goods and online purchases - and users can even earn rewards points like a regular credit card.

“In places like Hong Kong that there are lots of different innovations coming off the back of [this technology],” Constance said.

“I’d love to see [Opal] become like the Octopus card because there are great outcomes to be achieved for consumers."

The convergence of public transport smartcards, credit cards and smartphones is being played out on the public transport network as the state government also works towards enabling commuters to tap on and off directly with other payment tokens.

“It is not just a card. It can be everything from watches to smartphones,” the minister said.

“NFC then becomes part and parcel for the infrastructure development rollout for that future use."

But the changes will happen incrementally, and according to Transport for NSW’s recently released future transport roadmap, the first extension of the metro-only Opal could take place in the country, where patronage of passenger rail is down 10 percent.

From there, NSW Transport is eyeing off a move into paying for other government services - from toll roads, replacing the e-tag, to car registration and licence renewals, and even other forms of private transport services, like taxis, Ubers and bike hire.

They are all on the list of things that could be added to the burgeoning capabilities of a single Opal account. The department says it is looking into a “statewide mobility platform” that will leverage off the current Opal capabilities.

“For example, instead of having separate Opal cards and e-tags, payment technologies could become embedded in a customer’s smartphone or wearable devices, or other items they carry in their wallet or purse. Likewise e-tags may become embedded units,” the roadmap states.

It’s all part of the minister’s master plan to “turn transport into a technology business".

“This is the end of transport as we know it," Constance said.