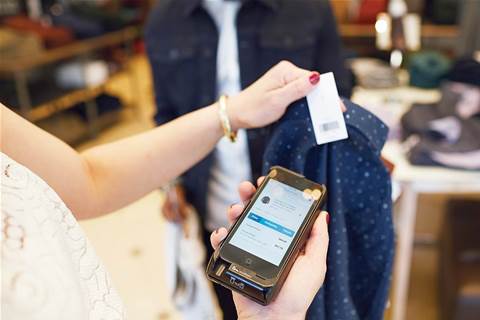 Clothing retailer The Gap Inc is shifting its cloud strategy from fully private to a hybrid model, pushing workloads to public cloud while trying to replicate its resiliency internally.

“We are just now beginning the journey to public cloud and to a hybrid type setup,” Elliott said.

“There are some workloads [already] in the public cloud but we do plan on [more] heavily leveraging public cloud [within] a hybrid environment.”

Elliott joined The Gap Inc – which is the holding company for six brands, including high-street chains Gap, Banana Republic and Old Navy – around the start of 2014, when he says the company “was building its first cloud”.

The private cloud was deployed with Rackspace and initially used the newest OpenStack release at the time – Icehouse – before shifting it to the more stable prior release, codenamed Havana.

“They immediately moved their isolation testing pipeline into it,” Elliott said.

“From my perspective it was a wonderful tool for doing infrastructure delivery. It allowed me to do everything in one place and it literally changed the paradigm.

“We’d heard from [internal] customers it could take 5-7 weeks to get the infrastructure for their application, [before they could even start] to work on it.

“With the cloud, we were able to spin up servers and configure the networking in 90 seconds, and get people working almost on day one.”

The Gap Inc would go on to build three private clouds in Rackspace based on OpenStack’s Havana release, but ran into problems with being able to upgrade them.

To get around this – and add newer functionality to its private cloud environment, including object and block storage, network function virtualisation, load balancer-as-a-service and Tesora’s Trove database-as-a-service - the retailer decided to build two new “next-gen” clouds based on the OpenStack Liberty release.

For now, that means the company is running five private clouds in Rackspace. However, Elliott said that workloads on the “three legacy clouds … are being migrated into the newer clouds".

Aside from developer pipelines, the company’s e-commerce operations all live in OpenStack.

“If you go to Gap, Banana Republic or Old Navy online and order or just look at stuff, you’re hitting OpenStack,” Elliott said.

“We have 90 percent of our forward-facing applications in OpenStack, so if you walk into a store today and they don’t have the item you want, and your salesperson pulls out an iPad and completes a transaction for you and has something shipped to your house, all of that happened from start to finish on OpenStack.”

While the company now favours a hybrid cloud model rather than purely private, it is unable to justify a full move into public cloud.

“Private cloud is on our hardware, we’re writing it off on our taxes, and if a developer leaves a workload running in there it really doesn’t cost us anything at the end of the day,” Elliott said.

“I would strongly recommend if you’re going to do both [public and private] or if you’re trying to choose between them, to do a hybrid model.

“Put that edge work case out there [into public] because it’s available and it’s fast, but maybe do your development here [in private cloud] and use containers [for both] so it’s completely portable [between clouds].”

One thing Elliott hopes to enable is an internal infrastructure-as-a-service model with the resiliency, performance and trust associated with the large, third-party cloud providers.

He looks at The Gap Inc’s cloud model as “infrastructure-as-a-service as-a-service”.

“In my case - and I think a lot of cases - I am doing that. I am a service provider to my developers,” he said.

“I let them consume my resources in whatever way they want to consume them. I want them to just be able to consume and I want to provide them a performance service.”

The next step – “the endgame – is to take that to the extreme”, Elliott said.

“In a [US-based] retail environment we have one weekend a year that’s insane. We have Black Friday through to Cyber Monday where every year a whole bunch of us get in the car, we drive to one location, we sit down and we babysit everything for the whole weekend.

“My endgame is not to have that anymore. My endgame is for everyone in the company to stay home with their family over the Thanksgiving weekend.

“And to do that I need to provide a service that is very similar to what the public cloud provides.”

Ry Crozier travelled to OpenStack Boston as a guest of the OpenStack Foundation.