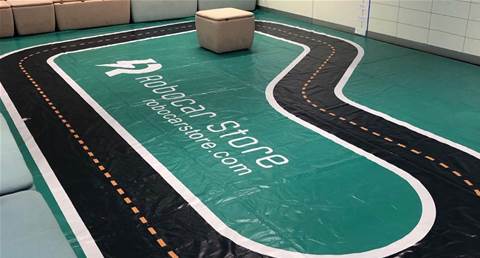 Sets up ‘guild’ to build skills and capability.

Telstra-owned Belong is setting up an intelligent automation guild to power an expansion of the technology across the organisation.

The company, which is Telstra’s discount mobile and broadband brand, has been using intelligent automation (IA) “for a while”, Belong’s decision science chapter lead Sophie Dickson told iTnews.

It is used by companies to improve efficiency and reduce effort spent on manual tasks.

“As we roll out IA, the goal is that it our people spend more of their time on human connection (not repetitive, low value tasks) and have more engaging employee experiences,” Dickson said.

“This includes a feature store to house the data required to feed our intelligent automation processes,” she said, adding that “to run the processes, we have Appian” business process management software.

Belong is already using process automation - including IA - to “proactively identify and act on network outages as well as detect suspicious or fraudulent behaviour” on its network.

These projects have been either business- or technology-led, but Dickson noted a change in approach was needed to do IA at scale.

“What we have learned is that while we can deliver value using either approach (business-led or technology-led), rapidly scaling intelligent automation requires both,” she said.

“When it’s technology-led, the solution can be delivered efficiently but it takes longer to get clarity on the right problem to solve.

“When it’s business-led, the problem is clear, but the solution can be more difficult to build (and if it’s developed in isolation, becomes difficult and costly to maintain).”

The company is hoping the establishment of an IA guild will help it bring “capabilities and the problems closer together.”

“The intention is that intelligent automation is not a thing that we do, but rather a way we do things,” Dickson said.

“That means we need teams that understand the how, why and where of IA and we need people to have access to the skills and tools they need to deliver it.

“The Guild demystifies [IA] and makes it easier for people to get involved, whether or not they are in a specific technical role.

“Broader team involvement helps us point intelligent automation at the right problems, improves the real-world performance of the capability, and reduces the risks of an ‘invisible digital workforce’ running amok and creating unintended consequences.”

Belong worked with DigIO Australia on what was effectively a kick-off for the guild - a “Belong DeepRacer event”.

DeepRacer is a “fully autonomous 1/18th scale race car driven by reinforcement learning”, according to AWS.

It is used as a way to get people to educate themselves in building and refining machine learning models, and has quickly taken off in corporate Australia, with insurer IAG and big four bank NAB among early devotees.

Belong had “15 teams spend over 200 hours of compute time training 133 models for the race”, DigIO said in a Medium post.

It is also expected to produce “consistent guardrails for the design and operation of intelligence”.

The company hopes that the resulting automation will make the lives of both customers and employees easier.

In addition, the company is hoping to use the guild to contribute to “gender diversity in a critical skill of the future”, with Dickson noting that “today, less than 10 percent of automation experts are women”.

Belong already has several future directions for the technology mapped out.

While it is already used to identify network outages, Dickson flagged a “broadening [of] the scope of technical issues and network faults we can diagnose and rectify without customers having to raise a service request” by using more IA technology.

IA could also be used in future to “proactively communicate to customers when we believe they are experiencing an issue, and reach out with possible solutions (or let them know when it will be solved if there is a fault),” Dickson said.

The company also sees more opportunities for IA to streamline some of its operational processes in marketing, finance and operations system support.