Telstra, TPG Telecom tie-up to be decided by mid-October 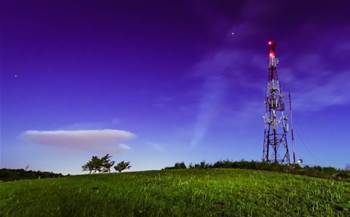 Telstra and TPG Telecom will know whether they have permission to enter a mobile network and spectrum sharing agreement in regional Australia by October 17.

The Australian Competition and Consumer Commission (ACCC) set the deadline for its determination yesterday, as well as a June 14 deadline for industry commentary on the proposal [pdf].

Optus - which has publicly opposed the tie-up - indicated it would formally do so in the ACCC process as well.

The commission received an application from TPG Telecom and Telstra on May 23 seeking regulatory approval of their proposed arrangement.

Under the arrangement, TPG would pool under- or unutilised regional spectrum with Telstra.

The extra spectrum would increase bandwidth at existing mobile sites, which could be used by its own customers, as well as TPG customers under a network-sharing deal.

Telstra would also pick up a small number of TPG sites - up to 169. TPG intends to decommission hundreds more.

TPG argues it has the regional spectrum but not the budget to match the active infrastructure of Telstra and Optus in regional Australia.

“Given the low population density in the 17 percent [of population] regional coverage zone, it is highly inefficient and costly for a third MNO [mobile network operator] to roll out a duplicative network to match (or come close to matching) Telstra and Optus in this area,” TPG Telecom states in an otherwise largely redacted commercial rationale.

With the aid of Telstra’s network, TPG will be able to compete more heavily in this part of regional Australia - something Telstra’s rationale recognises as a “commercial risk… depending on the competitiveness of [TPG’s] offer.”

Telstra, meanwhile, has the active network infrastructure but not enough bandwidth to stave off congestion and service quality issues.

The incumbent also has a transformation goal of better capital efficiency, and so the ability to sweat and monetise its active infrastructure is attractive.

As the ACCC made a fortnight-long call for submissions on the arrangement, Optus CEO Kelly Bayer Rosmarin issued a statement that approval “is not in the best interest of Australian communities.”

“Under the proposed agreement, Telstra will be paid to face less competition and will gain unprecedented control over our scarce national spectrum assets,” Bayer Rosmarin said.

“Arguments from Telstra and TPG that slapping a new logo on top of the Telstra network creates competition won't fool anyone.”

A Telstra spokesperson meanwhile said that "some of the criticism of the Telstra-TPG deal has come from competitors who either cannot think beyond the infrastructure sharing models of the past or who were not bold enough to get there first."

The spokesperson said that "infrastructure sharing between operators has always been a feature of the Australian market" - a reference to the sharing of passive infrastructure like towers, which enables carriers to colocate equipment.

However, the spokesperson added that "Telstra and TPG are taking advantage of technological change which has opened new possibilities for sharing".

"While new to the Australian market, active network sharing is common in Europe and North America," the Telstra spokesperson said.

A TPG Telecom spokesperson accused Optus of "deliberately twisting the facts to suit its own commercial agenda at the expense of TPG customers who should be allowed have access to the superior regional mobile coverage enjoyed by Optus and Telstra customers.”

"Optus is terrified because it knows this deal brings real customer choice and competition to regional Australia," the spokesperson said.