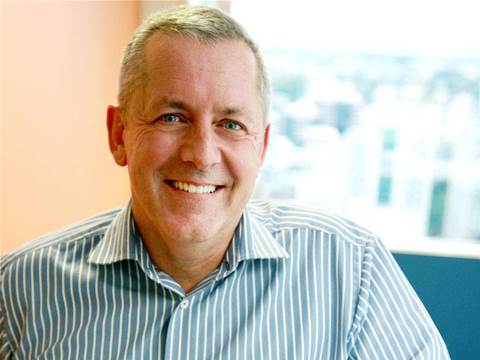 VMware is set to announce the launch of its own public cloud service at its vForum event in Sydney later today, designating a Melbourne-based Telstra facility to host the service at some stage in 2015.

The vendor's vCloud Air service launched in the US in August 2013 with instances now running in more than ten data centres worldwide.

The Australian vCloud Air node will be hosted by Telstra in Melbourne, while the instance is "owned, operated, managed and supported by VMware" from within the Telstra facility, said Duncan Bennet, managing director of VMware Australia & New Zealand.

VMware expects to have its first local vCloud Air customers testing the service in early 2015, he said.

The vCloud Air service doesn’t aim to compete on price with the scale of public cloud operators Amazon Web Services, Google Compute Engine and Microsoft Azure. Instead, it aims to provide a relatively painless cloud alternative for the ~80 percent of Australian IT administrators that have invested in the VMware stack on-premises.

“What we’re trying to compete on is capability,” Bennet said. “What you’ll hear us talk a lot about is what vCloud Air does for a VMware customer – in terms of true portability, moving workloads to the cloud and back, and a single management view. The service is price competitive, but a very different service to what else is in the market.

“There are price wars around component widgets, but that’s a small part of what a customer buys as a total service,” said Dan McLean, director of cloud and service provider sales at VMware Australia & New Zealand. “The complexity comes when they are acquiring then plus different service offerings all at variable pricing and find it hard to predict what the cost is going to be.” There is also a cost overhead, he said, to building high availability and performance management into a cloud solution, which existing VMware customers can already architect for.

The vCloud Air service comes in three flavours: a large-instance size dedicated public cloud for those that for regulatory or performance reasons require ‘physically isolated’ compute, a multitenant virtual private cloud for less critical apps, and a disaster recovery service.

The virtual private cloud service is available in smaller units of 5GHz reserve CPU capacity, 20GB of vRAM, 2TB of storage and 10Mbps of bandwidth, and is "ideal for burst-type workloads [that require] transient usage of cloud resources, such as test and dev environments," McLean said.

The disaster recovery service attempts to provide "point-and-click configuration” for customers using vSphere today that want to select workloads for failover in the cloud.

VMware will also announce a set of partners to resell the Telstra-hosted service to their customers – among them Data#3, Datacom, Rackspace and Deloitte. These IT providers will also be permitted to build their own services that interoperate with vCloud Air.

McLean said the company learned a great deal from the failed vCloud Express program, which launched back in 2009. Partners such as Melbourne IT and Alphawest offered cloud services using VMware’s software at the time, but had all but given up on the service by 2011 – some choosing to resell public cloud services instead.

McLean said vCloud Air improves on this program with a less prescriptive approach which offers more functions to be called on by third party hosters by making a greater variety of API calls available.

The hybrid cloud landscape in Australia is fast growing crowded, with VMware ready to contend with bitter rival Cisco, which went live with its Intercloud platform in recent days.

Both services are to be hosted by Telstra.