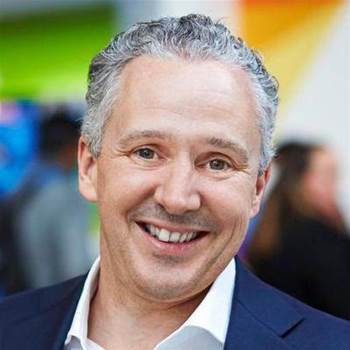 'Their ARPU is our cost'.

Telstra CEO Andy Penn expects to see “no pickup” - or improvement - in the economics of selling NBN services from the outcomes of a five-month wholesale price review by NBN Co.

Speaking at Telstra’s investor day, Penn said that while NBN Co is “obviously doing what they can do in responding to the market,” new products and the ability to pool connectivity virtual circuit (CVC) bandwidth nationally would have only limited impact.

“The bottom line is in relation to the NBN changes, there’s no pickup from that for us,” Penn said.

“The simple point is I think NBN Co themselves said that their corporate plan hasn’t changed so their outlook on ARPU [average revenue per user] hasn’t changed.

“Given that their ARPU is our cost, by definition ergo it follows there is no upside from that.”

Penn said that given the economic constraints that NBN Co had to work within, any move the government-backed network builder made to improve the lot of retail service providers - and end users - would not have a “material” impact.

“I know they’re doing their best to finesse the modelling there, but I think our issue with the pricing is still that overall the pricing levels are too high, and secondly [our problem is] in how they’re managing … pricing changes,” Penn said.

Penn believed that NBN Co’s launch of a 100/20Mbps plan alongside the existing 100/40Mbps plan would create unnecessary complexity for providers and grief for users.

NBN Co has said it will leave it to providers to work out how to offer two 100Mbps products.

It was originally envisaged that 100/20 would become a residential-only tier and 100/40 business-only, but NBN Co decided not to formally specify that split.

That could mean providers offer either or both of the 100Mbps plans.

There is a $7 difference in the wholesale cost between them, meaning that some existing 100/40 customers may wish to drop down on their uplink to reduce their costs.

NBN Co is also launching promotional pricing on 100Mbps from January 1, meaning all new sign-ups, as well as upgrades and churns, will effectively be signing up to a 100/40 product at 100/20 costs for the first half of 2020.

A formal 100/20 product will launch in May 2020, at which time retail providers will need to formalise the 100Mbps product split.

All of that left Penn largely unimpressed at the extra work it would create.

Penn has spent considerable time agitating for a sizable price cut to NBN Co’s wholesale charges - and not much has changed in that regard.

“The prices are too high, the structure is too complex, the CVC just adds uncertainty, and I think it’s going to continue to hold back the retail fixed broadband market until we see more fundamental change there.

“We note the CVC approach to national pricing and that obviously helps efficiency in managing it. But we [still] have an issue with the CVC price.”