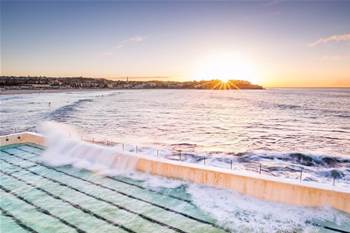 NBN Co will allow retail service providers to pool all their connectivity virtual circuit (CVC) bandwidth nationally from May 2020, a move that could ease pressure on rising costs.

The move forms part of NBN Co’s response to its five month long wholesale pricing review and is likely to be welcomed by retail service providers (RSPs).

Traffic exchanged between the RSP and NBN Co runs over a single CVC interconnect at each of the 121 points of interconnect (PoIs).

CVC is pooled for all customers serviced at each PoI. RSPs manage this pool of CVC capacity dynamically and, if certain usage thresholds are reached, will generally top up the amount of CVC available in the pool.

But with 121 pools to monitor, this can be reasonably complex.

Some RSPs, including Aussie Broadband, had asked NBN Co to instead CVC for all users to be pooled at a national level.

Aussie Broadband said in a submission to NBN Co that it was having to pay “significant overage” - extra CVC - on some PoIs, while it had a surplus of CVC at others.

National aggregation, it argued, would mean it could dynamically re-allocate spare capacity across PoI boundaries to where it was needed most to sate user demand.

Though NBN Co initially appeared to be against the idea, the company has since decided to implement it.

“NBN Co is changing the rules that govern the reallocation of unused data capacity for the benefit of RSPs and customers,” NBN Co said in a statement.

“Previously, RSPs were only able to pool CVC within certain geographical areas associated with a PoI to the NBN access network.

“However, from May 2020, NBN Co will extend this pooling mechanism to the national level across RSPs’ fixed line and fixed wireless services.

“RSPs will be able to more efficiently use purchased capacity to serve fixed and fixed wireless customers across all [areas] anywhere in Australia, making it simpler for retailers and helping them to manage costs.”

The company has promised to disclose details of the calculation methodology behind national pooling in a future regulatory filing.

The move is another step towards unwinding complexity attributable to the 121 PoI model. NBN Co has previously launched a wholesale aggregation service that substantially lowered the cost barriers imposed by the 121 PoI model on smaller RSPs wanting to serve a national audience.

NBN Co has also confirmed it will over-dimension most fixed-line broadband products from “mid-2020” to account for the effects of protocol overhead.

As reported by iTnews last month, the Australian Competition and Consumer Commission (ACCC) and Telstra were among those advocating for products to be over-dimensioned so that users could see the peak speeds marketed to them reflected in speed test results.

“Subject to internal operational requirements, NBN Co intends to introduce an overhead allowance for the downstream component of most fixed line wholesale speed tiers (with the exception of the up to 1000/50 and 1000/400 bundle discounts),” NBN Co said.

“Where possible, NBN Co will provision this allowance into its wholesale speed tiers to accommodate protocol overhead, which includes the code used to ensure the correct delivery of data packets that otherwise impact a customer’s broadband speed.

“NBN Co is targeting mid-2020 to introduce this change.”