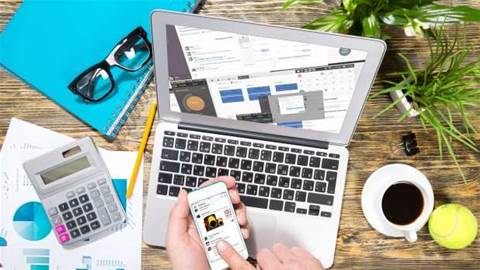 But 'naturally', instead of via formal direction.

NBN Co won’t formally specify 100/40Mbps as ‘business-only’ but expects that may be an end result of bringing a new 110/20Mbps service to market.

The company’s general manager commercial Ken Walliss told iTnews that NBN Co would not specify a particular tiered product as being only for business or residential users.

NBN Co proposed a cut-price 110/20Mbps product from the outset of its wholesale price review in June. It said at the time that 110/20Mbps would be offered alongside existing 100/40Mbps services.

However, as iTnews later revealed, NBN Co actually proposed something different to retail service providers, canvassing their “support [for] the development of a residentially-focused lower cost [100Mbps] AVC ... coupled with re-positioning of the 100/40 AVC as a business-focused service to support high-speed TC-2 and business discount bundles”.

That was poorly-received among residential users that had become accustomed to higher uplinks courtesy of the 100/40Mbps tier.

With NBN Co now proposing to similarly split 250Mbps services, adding a 250/25Mbps tier alongside the existing 250/100Mbps service, iTnews raised questions on how the higher uplink offers would be treated.

“They'll remain there as options for RSPs to use. We're not going to prescribe whether [they’re for] business or consumers.”

It will be now left entirely up to RSPs to decide how to sell 100Mbps and 250Mbps services.

One possibility is that they could offer both: for example, a 110/20Mbps service with an uplink speed boost that could be bought for additional fees.

However, Walliss also raised the possibility that the different offers could create a “natural” divide along business and consumer lines.

“So we do expect that there would be a natural positioning of the speeds with the lower upload speeds - the new 100/20, 250/25 and up to 1Gbps/50Mbps - to be residential-focused services, and that's just a natural element of the fact of the upload speed.”

Walliss said NBN Co hoped to understand this effect more via a separate consultation just on the higher speed services, which is likely to run out of the public eye.

“We will be consulting with industry on the three new speeds, and as part of that, we'll be seeking to work with RSPs on how they want to use the services,” he said.

“Certainly, we'd expect them to move a little bit more in that direction [of a natural split] with the way they're being positioned.