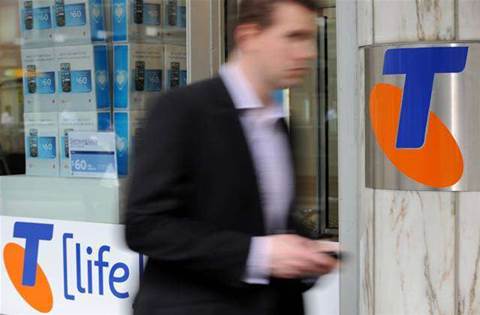 About 9 percent of NBN’s coverage.

Telstra is expecting the entire telco industry to serve around one million premises with 5G-based broadband, less than one-tenth of the reach of the NBN.

The telco used its annual presence at the Mobile World Congress in Barcelona to announce a “5G network roadmap”, though it was short on details other than a planned start for 5G in 2019.

What the announcement did put plainly, however, is the limited reach of 5G and how much traffic will still be transported over existing (albeit enhanced) 4G networks once 5G enters the fray.

“Telstra estimates 5G could be used by the industry to deliver wireless broadband to more than one million homes and businesses,” the telco said.

That would mostly limit 5G to the major metropolitan areas - and with that its potential to act as a realistic competitor to the national broadband network.

Earlier this month, Optus said it would aim a 5G-powered fixed wireless product at city users as early as 2019, in a clear competitive move against the NBN.

NBN Co has been wary of the threat of mobile to its take-up, though it has largely factored this into its expectations.

It has forecast that 73.5 percent of people covered by NBN would take it up, with others choosing alternatives such as mobile.

NBN Co has frequently been forced to bat back suggestions over the past year that commercial 5G networks would threaten its business model and economics.

The government-backed network builder itself is interested in using 5G as an access technology option in city areas.

Telstra made it clear that 5G would “not operate as a standalone technology” for the foreseeable future, meaning most applications will be serviced by a combination of 4G and 5G (in much the same way existing networks operate both 3G and 4G portions).

“The quality of the underlying 4G service and how this integrates with 5G will determine the overall mobile experience,” Telstra’s chief operating officer Robyn Denholm said.

“This will enable the rapid deployment of new 5G speeds enabled by the underlying strength of the existing network.”

While 5G offers the potential to hit multiple gigabit per second mobile data speeds, it appears most of the competition NBN Co might face is based on what telcos choose to do with their existing 4G capacity.

This is already occurring with both Telstra (via trial) and Optus (through its home wireless broadband product) offering mobile broadband products with 100GB-plus download quotas. It is likely to accelerate once 5G appears.