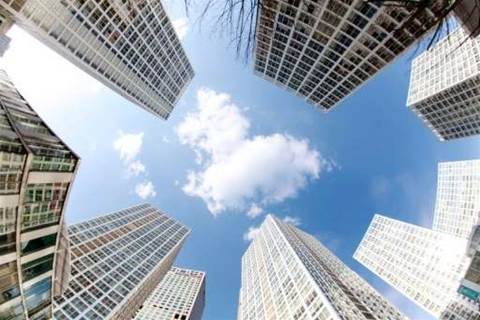 But Telstra agreements may make it impossible.

NBN Co is exploring to what extent its agreements with Telstra would preclude it from augmenting portions of its fixed-line network with some form of 5G service.

CEO Bill Morrow told a financial results call this morning the company was looking at its options around fixed-mobile convergence, but noted it was unclear what that model would look like.

The chief executives of several international telcos have been in Sydney this week for a conference, discussing some of the access technology models they are considering for future broadband services.

Deutsche Telekom has been exploring the prospect of “access-agnostic networks” for some time, where internet traffic passes over a mostly-fixed backbone but the end user can access it via wi-fi or mobile.

Such a model is easier if a single operator owns both fixed and mobile networks; if NBN Co wants to offer converged services, it may have to partner to avoid conflict with its agreements with Telstra.

“We’re actively looking at the way in which enhanced 4G new antenna technology works [and at] 5G protocols as to what that means from a spectral efficiency/speed standpoint, and how that might be able to speak to our ubiquitous approach of a multi technology access for a given home, call it in the city centre area,” Morrow said.

“This is what we see Openreach [UK], Deutsche Telekom, and many other operators around the world are considering when they have access to both the mobile networks and the fixed line network infrastructure.

“It’s a bit more complex for us at NBN Co because we have to be careful about certain provisions or rights that we have to be able to offer a wireless solution in a fixed line footprint.

“We’re working through that to see what’s possible, but whether it’s us providing that or a combination of us and a mobile operator/RSP [where we'd see] that same application become available to the end user, it’s something we have to think through as to whether [we] will be the sole provider of that.”

Morrow’s comments came as NBN Co released its Q1 financial results, which continued to reflect the major scale-out of the rollout.

Average revenue per user (ARPU) remained stable at $43, though CFO Stephen Rue noted it was marginally up year-on-year, and still in line with expectations.

Total revenue over the past three months was $405 million, up from $336 million in the prior three months to June 2017.

One of the few other changes was to the FTTN cost-per-premises, which rose from $2174 to $2215 quarter-on-quarter.

Rue appeared largely unconcerned by the increase, given the scale-out of the FTTN build and associated costs.