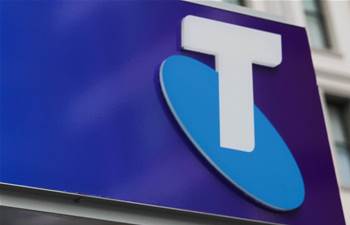 Telstra has finally laid out a roadmap for its long-planned entry into the edge compute market, hoping to offer infrastructure-as-a-service and a ‘marketplace’ of apps to branch sites Australia-wide.

The telco has long held ambitions to be an edge compute player, and has previously suggested up to 650 exchanges could be repurposed as edge compute sites.

At its annual Vantage conference on Wednesday, the telco’s IT services arm Telstra Purple said it would create an edge compute offering called ‘branch offload’ and scale it up “before the end of FY22”.

“These businesses can minimise their onsite infrastructure [at branch sites]; their operations are virtualised to run as cloud-based applications but at those edge compute locations.

“What we’re conceiving is this branch offload product where we provide access using 5G or even fixed connectivity using SD-WAN technology and we can deliver high bandwidth, low latency capability to run those applications which were running in the branch, bring them out of the branch and run them on our edge compute environments.”

Head of Telstra Purple, Christopher Smith, characterised the service as offering branches “the performance of on-prem without having to put anything on-premises”.

Seneviratne said Telstra wanted to do more than have a branch runs its applications on the edge compute infrastructure.

The telco has ambitions to “run applications in a marketplace”, where presumably branch sites can sign up for and consume new software as and when they wish.

The marketplace would appear “in time”, Seneviratne said, without elaborating.

The branch offload service is being co-developed with Microsoft and Ericsson, and has been under development for the best part of a year.

The edge locations are also likely to host services such as Microsoft’s Azure Stack Edge gateway, which would enable data to be transferred into Azure public cloud while retaining local access to files.

One thing that won’t happen is a deployment of infrastructure to all 650 sites that Telstra has previously deemed suitable.

“We’re not just going to go and deploy infrastructure without having use cases and customers we can work with.”

Smith said that a handful of edge compute locations are already live in Toowoomba in Queensland, where they are being put to use on agricultural technology (agtech) use cases.