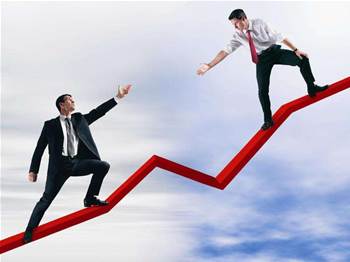 Telstra plans to consolidate IT helpdesk services for 1,100 corporate networks under its care onto a single support platform.

The telco's network enterprise services division is one year into a project to standardise its service desk operations on a single multi-tenant BMC Remedy architecture.

Service desks typically grew up around the various 1,100 accounts. The result was a mix of service desk platforms between the accounts, including multiple versions of Remedy and other tools, according to the division's executive director Gavan Corcoran.

"We wanted to get better scale [out of our service desk platform] and clean up some of the legacy tools," Corcoran told iTnews.

"Eventually we'll cut away all these old tools. Whereas in the past we'd put in [a tool such as] an instance of Remedy that stayed with the account for the life of the business, we'll now use one tool for every [customer]."

Three new managed service customers are the first to be put on the new single service desk platform.

They are customers for which Telstra has built "huge networks" of between 4,000 and 5,000 configurable devices recently, Corcoran said.

Telstra network enterprise services has a team of 2,300 IT staff that manages around 70,000 devices - mostly switches and routers - across the division's 1,100-plus customers.

About 400 of the staff work on the service desk, which takes approximately 120,000 service desk calls a month.

Corcoran said his team is working with customers to bring them across to the new service desk architecture.

"We'll naturally start with newer customers that we're building out networks for now and integrate the older ones as we move forward," he said.

"We'll work with customers at a rate they're comfortable with."

Telstra will also start only by using the single Remedy architecture to handle incident management, although it plans to expand the tool's usage to other areas such as problem and change management down the track.

"Eventually when we get every customer to on board, we'll move the tool across my entire business [unit]," Corcoran said.

It is hoped the single architecture will result in better asset management and improvements in Telstra being able to offer customers a repeatable managed service.

The system will also provide support staff with trending data that enables them to be more proactive in identifying and resolving potential issues before they occur.

"It's an enablement tool for us to better service our customers," Corcoran said.

The BMC Remedy implementation will be capable of supporting up to 1,800 concurrent users.

The telco, which uses BMC in other parts of its business, had recently moved to an enterprise-wide licensing arrangement with BMC, according to the vendor's regional manager Gary Mitchell.

He said Remedy was picking up strong local wins from managed services providers, who had need for single multi-tenant systems. Multi-tenancy gives a number of clients partitioned use of a single system.