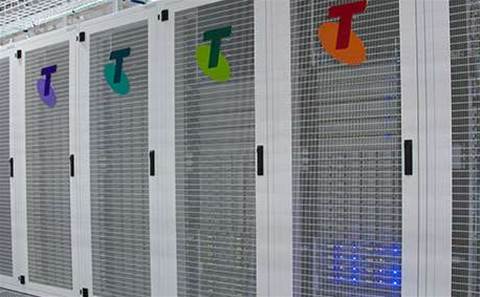 A fire within a Telstra exchange in the Adelaide CBD downed services to as many as 30,000 fixed-line customers on Monday afternoon.

The issue has also affected "some customers" in South Australia, the Northern Territory, and Western Australia attempting to call 1800 and 1300 numbers, the telco said in an advisory sighted by iTnews.

Equipment ran on battery back-up and alternative power supply for several hours as Telstra technicians worked to restore the kit.

The telco labelled the blaze as "small" but classified it as a highest-level severity one incident.

iTnews understands the fire was sparked by an issue with the alternating current input into an electrical busbar conductor within the power supply system.

The telco has said it expects power to be restored by 6:30pm AEST, and services to come back online throughout the night.

Telstra told iTnews power had been shut down at the site while technicians inspect the equipment.

"We expect to restore power shortly and for services to progressively come back online," a spokesperson said.

"We’re sorry for the interruption caused."

Impacted customers include hotel chain Quest, which advised customers to contact the company via social media channels while its main landline was down. ISP Spectrum Networks similarly notified customers that landline and mobile services would be unavailable while Telstra worked to restore services.

It's the second time this month the telco has been forced to deal with an exchange fire, and the third this year.

Earlier this month a fire at its facility in Parklea, Sydney caused chaos for customers, some of whom are still waiting to be reconnected, and a February blaze in Chatswood in the same city caused problems for fixed-line and mobile customers across the country.