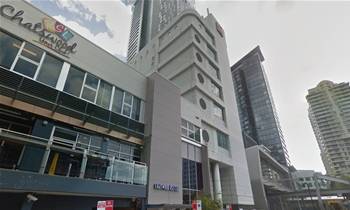 A fire broke out in Telstra's exchange in the Sydney suburb of Chatswood on Thursday afternoon, downing mobile and fixed services for customers nationwide and causing text messages to be sent to the wrong recipients.

At around 1:40pm on Thursday afternoon Telstra advised that power equipment at the Chatswood facility had been damaged by the fire.

It said it was working to resolve the issue as soon as possible.

Both mobile and fixed-line services were impacted nationwide.

The 10-storey exchange located at 1 Thomas Street, Chatswood is understood to be one of the most integral to Telstra's network, housing core routing and switching infrastructure.

"If damage is caused to a main route, this will impact the whole network," Telstra said on Twitter.

"Our technicians are currently completing a full assessment of the impact. We will provide more information as soon as it is available," its advised on its status page.

It is unclear at this stage what caused the fire, which has since been put out.

At around 3:30pm Telstra said it was starting to see call services come back online, but a related issue with SMS messaging meant customers may have received text messages not meant for them.

It stopped processing SMS services while it worked to fix the problem.

Voice services were restored at around 4:15pm, it advised.

"The fire brigade had to isolate the power and we had to redirect the traffic away from the exchange,” Penn said.

“I’m pleased to say more than 70 percent of the traffic continued to operate as normal.

“The good news is no-one was hurt in the incident and those services were all restored within a couple of hours."

It's the second fire to occur at a Telstra exchange within a year, following the June 2016 electrical fire at its Brunswick facility in Melbourne.

Prior to that the last exchange fire the telco suffered was at Warrnambool in the notorious 2012 incident, which took $10 million to fix after damaging 60 percent of the facility and knocking out services to up to 60,000 users.

Late last year Telstra pledged to spend $3 billion over the next three years to improve its networks and customer experience after a series of damaging outages earlier in 2016.