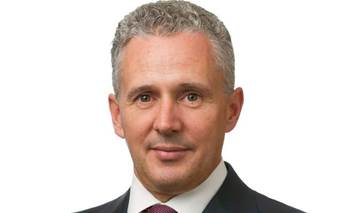 Telstra CEO Andrew Penn has warned of the telco's inability to continue to absorb increases in NBN wholesale pricing, calling for price regulation "as quickly as possible".

Addressing the CommsDay Summit in Sydney, Penn claimed that wholesale prices paid by RSPs "in the migration to the NBN ... have more than doubled and are set to increase even further".

"That increase has so far been absorbed by the retail service providers, but to the point where providing an NBN service today is uneconomic," Penn said.

“That is unsustainable and the model has to change, otherwise it will lead to higher broadband prices for consumers."

Until now, Vocus has been the only major RSP to repeatedly raise concerns at the profitability of reselling ADSL and NBN services.

NBN Co's business case is predicated on charging wholesale prices that gradually increase up to the point where the network is finished.

However, the company has been forced to discount elements of its offering, such as the connectivity virtual circuit (CVC) bandwidth charge.

It introduced a new temporary price construct in late December last year, and is set to introduce permanent price changes in May.

As the price construct has changed, so has the project's economics, and it is now unclear whether even NBN Co - let alone the RSPs that rely on the company - will ever turn a profit.

Telstra is already a backer of an ACCC inquiry into non-price terms for NBN Co, which is largely focused on the company's service standards.

Penn backed the ACCC's apparent urgency in that inquiry, saying it "is important that we now see this translated into regulation as quickly as possible.”

Telstra's CEO also used his address to hose down speculation that forthcoming 5G services would pose any serious threat to NBN take-up.

“One question I am often asked is will 5G make the NBN redundant. The answer is clearly no," he said.

Penn said that consumers did not "care about the underlying technology" that delivered their service, but in other factors such as performance and price.

"The economics of our industry are being challenged by the rollout of the NBN," he said.

"It is crucial that we get the policy settings right to support growth and to encourage innovation and investment and improve the long term economics of the industry.”