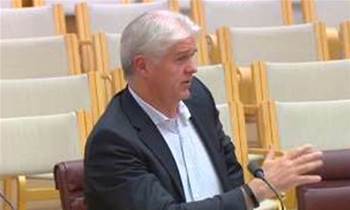 NBN Co CEO Bill Morrow has confirmed what the industry has been saying for years: that the network builder’s economic model is broken and that - under current conditions - it may never turn a profit.

In a sensational interview with Fairfax Media pre-empting a damaging 4Corners investigation to be aired on Monday night, Morrow effectively laid out an ultimatum to the government: ditch the idea of making a return on taxpayers’ investment, or face more politically unpalatable options.

The NBN model has always been predicated on it generating an internal rate of return (IRR) on the $29.5 billion taxpayer investment in the project.

Taxpayers have also “loaned” NBN Co up to $19.5 billion more to complete the build. One of the loan’s conditions is that NBN Co must get into a position to be able to refinance it.

He admitted the company’s plans to raise average revenue per user (ARPU) from $43 to $52 a month by the end of the build might not “come together”.

That would challenge the core economic model of the company - and whatever happened, Morrow said he believed “government moves are going to be inevitable”.

“The government has two options: to regulate to protect this model, or to realise that NBN won’t have the finances it thought and might require some off-budget monies to go in to make it happen,” Morrow said.

Morrow said further regulation would have to be levied on 4G mobile operators, whose services were already “a viable alternative to NBN”.

NBN Co has increasingly sought regulatory and economic protection from networks that were never envisaged as NBN competitors.

Recently, this has seen corporate networks be subjected to a monthly tax; Morrow has now raised the prospect of levying 4G users as well, sooner rather than later.

This was also raised as an option in recent times by Australia’s newest entrant into the 4G space, TPG.

In a bid to escape being one of a handful of telcos subject to a broadband tax levy, TPG proposed expanding the tax to be industry-wide, on all telco services sold in Australia.

“A broad industry levy that included mobile networks would result in NBN Co paying about 13 percent of the costs for non-economic services” in regional and rural areas, TPG said.

But even Morrow concedes taxing 4G users would be “unpopular”, and the government would likely wear anger from taxpayers and telcos alike.

However, other options won’t see the government fare much better.

Morrow said another would be further unplanned injections of taxpayer money.

The idea of having to pump extra billions into the NBN before it is even completed would be a significant blow to the government, whose multi-technology mix (MTM) was in part predicated on it coming in at less cost to the taxpayer.

The elephant in the room - which Morrow does not mention - is the prospect of current taxpayer investment in the NBN being written down by its government shareholders.

Industry executives including entrepreneur Bevan Slattery have previously said the government should “write down $20 - $30 billion of the NBN investment and call it a social infrastructure investment".

A bailout or writedown would be embarrassing for the government, which has been talking up the NBN’s financial credentials as recently as April this year.

Prime Minister Malcolm Turnbull said the NBN was a “good debt” for the government and taxpayers because it is "secured to a financial asset” that is "going to ... generate billions" in revenue.

The government was largely able to escape the heat of a recent joint committee report on the NBN, which was released under the cover of a long weekend, because the committee made recommendations based on its majority non-government membership.

That report called for a drastic refocus of the NBN project. The government may have more difficulty escaping that prospect now.

The economic focus of Morrow’s commentary may also be designed to divert attention from issues likely to be raised in the 4Corners report about the quality of NBN connections and customer experience when dealing with any part of the NBN supply chain.

On network quality, NBN Co often cites its own statistics that most NBN users are satisfied with what they get.

AgForce Queensland’s senior policy advisor Dr Greg Leach summed up NBN Co’s problems on this front when he appeared before the NBN joint committee back in April.

“So if it comes from a mobile network, an NBN network, some sort of fixed wireless or Sky Muster—whatever—it is about having a coordinated system that provides high speed and quality access to a geographically dispersed population,” he said.