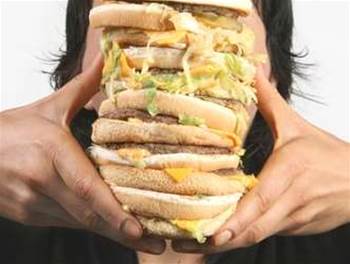 Aussie Broadband is set to make its first unlimited quota play after NBN Co agreed to make its permanent new price construct available from May 1.

Managing director Phil Britt said the new wholesale price construct announced last year - where both NBN50 and NBN100 plans come bundled with a base amount of CVC bandwidth - had passed a private consultation phase with industry.

“As a result, providers will now be able to access more CVC bandwidth for around the same wholesale spend as today,” Britt said.

“This change is the biggest pricing change NBN Co has made since they came into existence and make no mistake – it is changing the retail landscape.”

Aussie Broadband is marking the new permanent price construct’s impending arrival with a change of its own - offering its first “unlimited” data plans.

The move is significant on a few levels, though notably because Aussie Broadband has previously blamed RSPs with unlimited plans as a reason why many NBN users saw such poor internet speeds.

It’s a problem that also occurred previously on the ADSL network, where RSPs offered highly contended unlimited plans to attract users but which ultimately offered many a bad experience.

Former iiNet founder Michael Malone famously made it clear he would immediately can AAPT’s unlimited product once iiNet took over the company.

Britt sought to reassure Aussie’s existing base that the company had done its maths on unlimited quota plans.

“We know there’s lots of Aussie Broadband champions out there who will be concerned about this move (because they’ve been fighting the good fight against unlimited and congestion for quite some time),” he said.

The company would continue to publish its CVC purchases on a PoI-by-PoI basis, and set rules to ensure available bandwidth did not become saturated by any influx of new heavy internet users, Britt said.

Britt said the company would also continue to “watch our network performance like a seagull with its eyes on a chip”.

“We have also built the margin into these [unlimited] services to be able to increase average CVC well above the included 2 and 2.5 Mbits,” he said.

“Our commitment is to deliver the best unlimited offer in the market, all Australian support and the highest average peak time speeds.”

Customers will be watching that last point carefully, as Aussie Broadband is currently one of the highest performers on average evening peak speeds for NBN users.

They come at the expense of the RSP’s former 1 to 3TB plans, which Britt said had “now been replaced by the cheaper unlimited”.

“Customers on these 1 to 3TB plans will be automatically migrated to the cheaper unlimited plans over the next month or so (or can do it sooner if you schedule your own change),” he said.

Britt suggested that the move to replace multi-terabyte plans with "unlimited" ones could be psychological as much as driven by user demand for more data.

"We were generating lots of calls into our call centre but around 50 percent of the people wanted to buy unlimited," he said.

"For about 20 percent of those we were able to educate why they probably didn't need unlimited, but about 80 percent just had it in their head they needed unlimited or didn't want to have to worry about it.

"So we were missing out on a lot of sales as a result."

Britt said Aussie Broadband's modelling suggested there would be a good range of users attracted to an unlimited quota plan.

"Whilst there will be some users who will just go to town on it, the majority of users follow a more normal pattern," he said.

"We are predicting there will be a lot on unlimited that don't even use 500GB, and there will be some that use 3TB but there will be more on the lower end of the scale then the higher end."