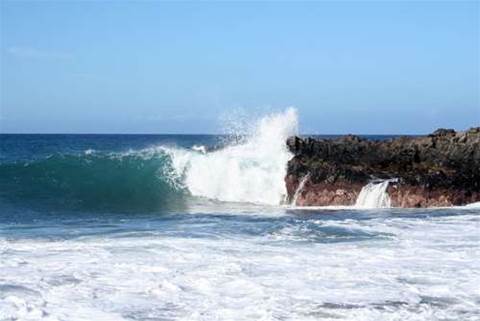 Submarine cable network of use to Sydney scientist.

Scientists have called for telecommunications companies to open up their old and new submarine cables to climate change research.

According to Sydney University scientist John Yuzhu You, undersea cables could be used to monitor currents, salinity, seismology and ocean temperatures.

As water moved around a cable, it generated an electromagnetic current that could be measured by voltmeters at cable landing stations, You explained.

Voltmeters would cost up to $3,000 to set up, he said, and because fibre optic cables could remain under the sea for decades, they could be a consistent, continual source of data for researchers.

"Only a tiny fraction of the existing undersea cabling is used for scientific purposes ... this is a missed opportunity," You said.

"To monitor climate change, [researchers] need continuity, but there are also funding limitations. There is actually business [for telcos] to do - they can actually make additional money selling data to scientists."

You said telcos could either sell data from their cables, or sell retired cables so they could be moved to "scientifically important locations" like the Southern Ocean, where cabling was sparse.

Yet more data could be collected from telcos' repeater boxes that were typically installed at 100-kilometre intervals along the cable - but manufacturers would first need to invest "a couple of million dollars" on redesigning the devices to include appropriate sensors, You said.

You was part of an international group of oceanographers that planned to use submarine cables to monitor the Indonesian Throughflow - a current that ran between the Pacific and Indian Oceans.

The researchers were seeking funding and had taken no measurements so far, but had already gained the approval of Singtel and Telstra to use cables in the Indonesian Sea and the Bass Strait.

This would require telcos and oceanographers to work together on the legal and practical difficulties of using active cables, or transferring ownership of retired cables, You said.

"Telecommunications companies are very generous in allowing the scientific community access to their equipment, as long as our instruments do not disrupt their business," You told iTnews.

"My intention is to inform them they can make some money here, and they cannot say that climate change has nothing to do with them."