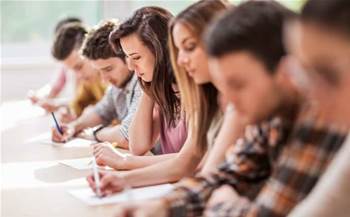 TAFE NSW will deliver the last leg of its new $90 million Oracle-based core IT system in-house, revealing it will take back the build of the project from DXC-owned integrator Red Rock.

The public training provider said on Tuesday that the pair had agreed to “transition” development work on the student management system (SMS) after completing the core build earlier this year.

The change of tack will see the agency's IT team deliver the remaining components of the system, which had been expected to replace its existing Tribal-based EBS system in mid-2019.

“The build of the project is complete, and attention has turned to fine tuning the product to meet the individual requirements of TAFE NSW,” TAFE NSW chief information officer David Backley and Red Rock director Richard James said in a statement.

“Therefore, responsibility for the delivery of all remaining components will transfer to the TAFE NSW ICT team, after a period of transition.”

The unusual decision to bring accountability for the IT project in-house comes two years after Red Rock was chosen to replace the infamous Tribal platform introduced as part of state's learning management and business reform (LMBR) in 2014.

TAFE NSW decided to dump Tribal in June 2016 over issues with enrolments that left the system unable to track student fees and forced it to fork out millions on accountants to track down the missing fees.

The new system was originally envisaged to be delivered by Red Rock using a phased approach over 18 to 24 months, with the first modules to be up and running by May.

But late last year the state’s auditor cast doubt on TAFE NSW meeting this planned go-live, revealing that the agency was reassessing its delivery date.

At the time a spokesperson told iTnews the build was on track for completion in March, though would not indicate when the “complex piece of work” would go-live.

By mid-June, Red Rock had completed building the core of the system and TAFE NSW was testing the system with users.

“TAFE NSW will transition to the new system only when it is confident this critical infrastructure is working effectively, and its implementation will pose no risk to business continuity,” the spokesperson said at the time.

iTnews understand the remaining work on the system now before TAFE NSW’s IT team largely relates to integration and configuration.

The work will begin following a three-month transition period that will likely have ramifications for Red Rock’s six-year contract for the build worth $83.2 million.

In an email to staff, Backley said “bring[ing] accountability” for the build in-house would allow TAFE NSW to “ensure that the end solution is the right fit for the unique needs of our staff and students”.

“Using our own team to complete the build means we can continue updating the current EBS system to ensure that when we’re ready, we can seamlessly transition to SMS.

“It will also give us more flexibility when delivering the solution.”

Immediate work will include transition to a single instance of the existing Tribal EBS system by mid-2020 and introducing a new identity management solution to make the switch between platforms easier.

Backley said the both the single instance of EBS and the next release of the SMS was still expected to delivered within the allocated budget, despite the state’s auditor last year projecting the project would cost just under $6 million more than the $83.2 million deal with Red Rock.