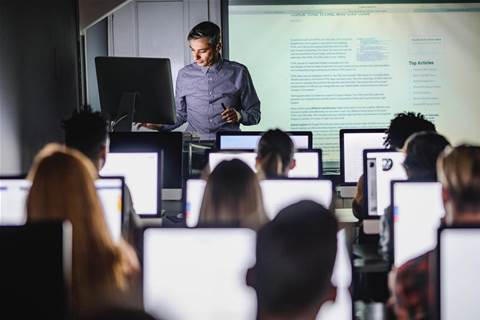 Student system now not expected to be ready until 2021.

Executives from TAFE NSW have been grilled over ongoing delays to the build of its $90 million Oracle-based student management system, which it has revealed is still more than a year away from being ready for use.

The public training provider has spent the last two-and-a-half-years building the new core IT system to replace its infamous Tribal-based EBS system introduced in 2014 as part of the state’s LMBR program.

DXC-owned integrator Red Rock was chosen to replace the Tribal platform in October 2017, with the first modules of the next system expected to be up and running by May 2019.

But last October, just two years into the five year contract, TAFE NSW made the unusual decision to terminate the contract and pull accountability for the last leg of the IT project in-house.

While the agency would not disclose when the system would ultimately go-live at the time, it has now said it will not be delivered until the end of 2021 – more than two years later than first envisaged.

Facing budget estimates last week last week, managing director Steffen Faurby said the system was expected to be ready in time for “semester one of 2022”, with “four phases” still yet to be delivered.

“To distill it down to a final date ... is that we will be ready with the system prior to semester one of 2022,” he said.

“But I do think it is important to make the point that the system is well and truly in the process of being delivered on a phased basis.”

NSW Department of Education secretary Mark Scott said two stages of the program, including the integrated student and general inquiry form and a CRM system, had already been rolled out.

“Infrastructure was laid through that Red Rock engagement and now TAFE is bring this project home, and there has been a lot of good progress made around that system,” he said.

Scott said several improvement to the existing Tribal EBS system, which will transition to a single instance by mid-2020, had also been made.

One of the components of the SMS to be delivered more recently was an identity management platform for contractors, with a similar IDM for staff set to follow in the next phase.

This has reduced the onboarding process for contractors from multiple days to 20 minutes.

Despite this, Greens MLC David Shoebridge said the project had taken “an unbelievably long period of time” since the LMBR originally kicked off in 2014.

“This entire project, the SMS [student management system] reform, started in 2014 and we now have a completion date of 2022,” he said.

While offering a frank assessment about the project's timeframe, TAFE NSW was not as forthcoming with the costs associated with its second attempt to rollout a fit for purpose system.

Faurby would not disclose how much had been paid to cease the contract with Red Rock when asked by Labor MLC and shadow minister for family and community services Penny Sharpe.

Faurby similarly declined to reveal how much had been spent building the IT system to date for commercial-in-confidence reasons, though when challenged agreed to provide details on notice.

“Sorry, with respect, it is not; that is public money that had already been expended. What you had to spend to break the contract is a separate issue,” Sharpe said.

“I am asking what was the final cost, and I accept that you may not be able to give it to me now, but would you agree to take that on notice?”

“Yes, we will take that on notice,” Faurby replied.

Asked whether the auditor’s criticism of the project had led the agency to terminate the contract, Scott appeared to suggest that it was only a small part of the decision.

“There was that advice that came through but I think it is fair to say the IT team and the leadership team in TAFE reviewed the project, reviewed progress on the project and had a determination to see that work through a deliver the statement management system,” he said.

“There was a feeling that the TAFE IT team could bring that home and so that was the decision that was made.”

IT team cuts had ‘no impact’ on project

Scott also rejected that the December restructure of TAFE NSW's IT group and corporate services group, which saw 70 IT staff and contractors roles go, had impacted the project.

“It has not had any impact on the delivery of the student management system project. That project is being managed under the leadership of our chief information officer,” he said.

Scott said the decision to cut staff was related to the next stages of the ‘One TAFE’ vision, which will see 12 semi-autonomous TAFE institutes combined into one.

“Part of the model for One TAFE is rather than having a strongly devolved model of service delivery with people everywhere—what we see constantly in the IT industry – is the ability to be able to streamline and centralise and to be able to service many different locations from one centre which has the capability to deliver,” Scott said.