TAFE NSW to cull 70 IT staff, contractors before Christmas 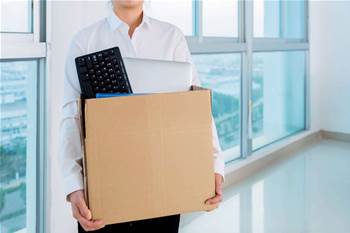 As part of proposed restructure.

TAFE NSW is planning to cut as many as 70 staff and contractors from its IT group before Christmas as part of a wider restructure aimed at reducing duplication and so-called back office inefficiencies.

The NSW branch of the Community and Public Sector Union (CPSU) revealed the proposed restructure last week, which it says was “sprung on employees” at the end of November.

The restructure will impact a total of 196 roles at the public training provider, including 91 permanent staff and 105 contractors, primarily in the IT group and corporate services group.

A list of the affected roles seen by iTnews reveals 38 permanent staff and 32 contractors in the IT group are on the chopping block – almost 36 percent of the total roles affected by the restructure.

CPSU NSW assistant state secretary Troy Wright told iTnews the proposed job cuts were unnecessary and would have a negative impact on NSW TAFE’s ability to provide IT services.

“IT services seem to be getting a disproportionate cut in this process. It is symbolic of a lack of respect,” he said.

“Our view is these jobs are absolutely vital to support students and staff.”

The restructure comes hot on the heels of TAFE NSW’s unusual decision to pull DXC-owned integrator Red Rock off the build of its new $90 million Oracle-based core IT student management system (SMS).

The new SMS – which will eventually replace its infamous Tribal-based EBS system introduced in 2014 – has suffered significant delays that the state’s auditor-general puts down to the “complexity of integrating the vendor solution with the requirements of TAFE”.

A spokesperson for TAFE NSW said the restructure was necessary to prioritise “resources for frontline teaching by reducing duplication and corporate/back office inefficiencies”.

“As part of delivering the One TAFE reforms which combined 12 Registered Training Organisations into one, TAFE NSW is directing more resources to teachers and students,” the spokesperson said.

“This means reprioritising workload and looking at the mix of contractors, consultants and employees so we can deliver the level of support our students need, while being prudent with our expenditure of taxpayer money.

“Staff who do not wish to accept a voluntary redundancy will go through a process to explore other employment opportunities. This process is expected to conclude around March 2020.”

The CPSU NSW are now appealing to the Fair Work Commission for an immediate halt to the planned restructure, which Wright considers unlawful.

“The Enterprise Agreement for these workers clearly sets out how consultation on structural changes to NSW TAFE should take place. This process has not been followed,” he said in a statement.

“Very little detail has been provided about why these cuts are being made, or how services will be maintained once staff have been made redundant.