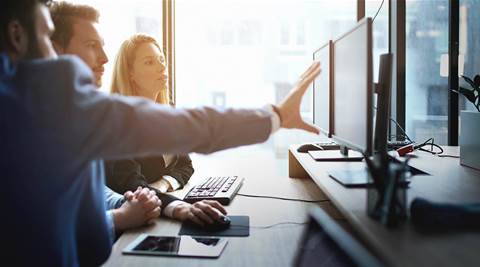 TAFE NSW is making sure the technology solution it picks to underpin its central student management operations is fit-for-purpose, after exiting the state government's LMBR overhaul bruised and battered.

Just over a year ago the education provider revealed it would dump the Tribal student management platform installed as part of NSW's state-wide learning management and business reform (LMBR) IT overhaul.

The solution - which had gone live in October 2014 - was disastrous, causing delays for student enrolments and leaving TAFE unable to track student fees.

It took 185 accountants and $10 million to get NSW TAFE's books back in order. The organisation wrote down the value of the platform by $12.7 million in 2015.

The impact of the troubles even went as far as jobs provider Seek, while the solution's vendor Tribal was forced to downgrade its profit guidance in late 2015 after delays to the rollout hit its cash flow and debt repayments.

Subsequently, last June TAFE started looking for a new, cloud-based, replacement platform that was "agile and scalable" and would deliver a "positive and effective user experience for students and TAFE NSW staff".

While the institution has been assessing proposals for the new platform, TAFE staff have been working to fix the biggest issues plaguing the Tribal system.

This big clean-up effort meant enrolments went without a hitch for the 2017 intake.

But the education provider is intent on ridding itself of the Tribal system and installing an 'agile, flexible' replacement.

However it is doing so, unsurprisingly, with caution.

It has narrowed down to a preferred tenderer, who has been asked to partake in an implementation planning study (IPS). TAFE declined to name the bidder whilst the procurement process was underway.

"The IPS is an important step and will establish the foundations of the high level design, confirm the program schedule and deployment approach, to ensure that the new solution is fit for purpose and meets the needs of our students and teachers," a spokesperson told iTnews.

The remaining tenderers are being held "in reserve" until the implementation planning study is complete, just in case TAFE needs to reassess its options.

The organisation did not detail when it expects to make a final decision.