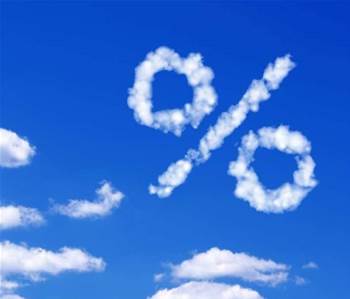 Macquarie Telecom subsidiary Ninefold launches next week, promising a Sydney-based public cloud computing service with an interface as seamless as those of Amazon’s EC2 or Microsoft’s Azure.

But will Australian users pay a 30 percent premium on Amazon or Microsoft’s service for the benefit of using a local provider?

While Macquarie Telecom’s customers demand a more "managed" and personal service, bundled with services such as infrastructure monitoring, Ninefold is purely an online, self-service play, marketed primarily through social media channels and sold only on a pay-as-you-go, “credit-card swipe” basis.

Ninefold’s pricing is far more transparent, and cheaper than most of the bigger players in the Australian market -- but it might still struggle against foreign competitors.

Its smallest compute cluster (single CPU, 1.7GB RAM, 160GB storage) would actually be considered a mid-range server on Amazon.com. Using a Linux template from CentOS or Ubuntu, a completely utilised instance at this level would cost just under $90 per month – or around $130 a month if Windows is installed.

The same offer on Optus would cost about $300 a month, and the user would have to be an Optus VPN customer -- which, again, comes at significant cost.

Macquarie Telecom’s own cloud computing offering – which has been set up primarily for bursting and DR use – would cost thousands of dollars. Telstra refuses to release pricing for its “Network Computing Services” attempt at a cloud compute.

While Ninefold is cheaper than its local peers, the company does charge a 20 to 30 percent premium on the likes of Amazon EC2 and Microsoft Azure.

Amazon’s Singapore service would cost just under US$70 ($69) a month for the same Linux set-up (as opposed to Ninefold’s $90) and Azure’s Windows version would be more like $90 (versus Ninefold’s $130).

It is much the same picture as you move onto larger server instances – an eight-CPU instance on Ninefold with 13.6 GB of RAM and 160GB of storage costs just under $1 an hour for Linux templates and just over $1 for Windows, versus Amazon’s US$0.68 for Linux and US$0.96 an hour for Windows, both with significantly more storage to play with.

Australia’s high costs of telecommunications also provide a poor point of comparison with our international competitors: outbound traffic is $0.90 per GB on Ninefold, $1.50 on Cloud Central, but less than US$0.20 per GB on Amazon.

Neither Ninefold nor Microsoft have announced how inbound traffic will be charged when their free introductory offers expire.

Ninefold managing director Peter James said the company’s service was “as competitive as anything in the Australian market”.

“Hosting with a cloud overseas, your data is subject to someone else’s laws,” he warned.

James said the service was developed after extensive research and responded to user demands for cloud computes to be available locally, with daily usage reporting available to reduce the potential for bill shock.

He said that the service offered 750 to 900 percent faster latency, eased concerns about data sovereignty, and put local faces to what has been a largely faceless service from overseas providers.

“It can be difficult to find a person at our competitors, let alone an email address,” he said.

What do you think? Is 20-30 percent an appropriate premium to pay for a locally-hosted service?